Philippines in the picture! 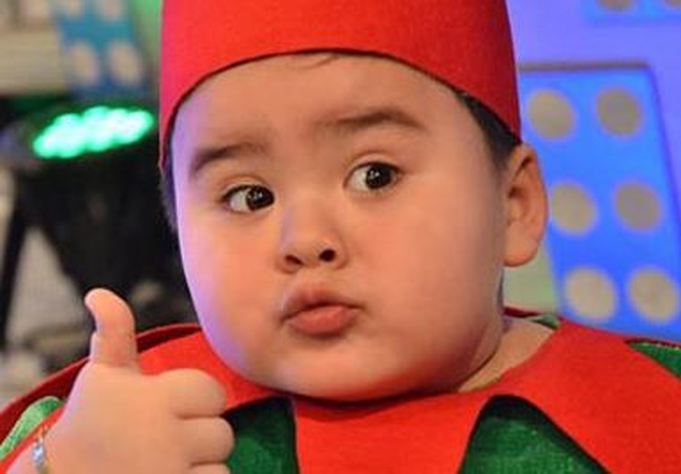 Thumbs up to the fabulous linguistic and cultural diversity of the Philippines which has one national language and hundreds of regional and tribal dialects.  Here are some of these wishing you a Merry Christmas and Happy New Year!

Christmas in the Philippines is always a joyous occasion for great celebration. The photo below right shows one of the many Christmas light displays in metro Manila.

The photo at the bottom is of the famous Quiapo Catholic Church - one of the most visited Basilicas in the Philippines and home of the Black Nazarene - where a large overflowing crowd attends a Simbang Gabi (Night Mass) which is a devotional nine day series of masses from 16th to 24th December.  Simbang Gabi Masses occur just before sunrise.

The Simbang Gabi originated during Spanish rule in the Philippines. It was held in the early hours of the morning for the benefit of Filipino farmers who started their work before sunrise so as to avoid working too much under the hot tropical oriental sun.

​The Simbang Gabi became a distinct part of Filipino culture as compared to the rest of the Hispanic world where it was more common to hold evening novenas. The last day of the Simbang Gabi, which is Christmas Eve, is called Misa de Gallo (Spanish for "Rooster's Mass"). 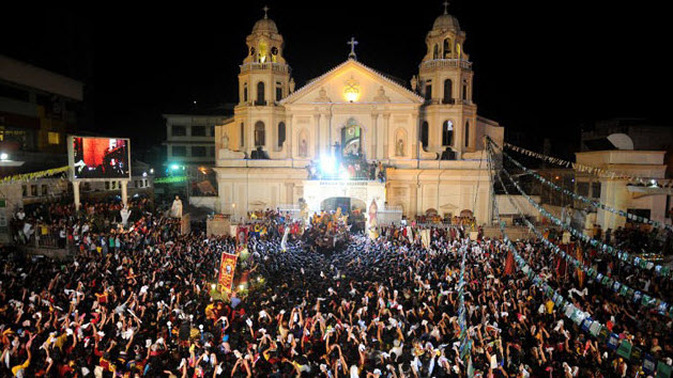 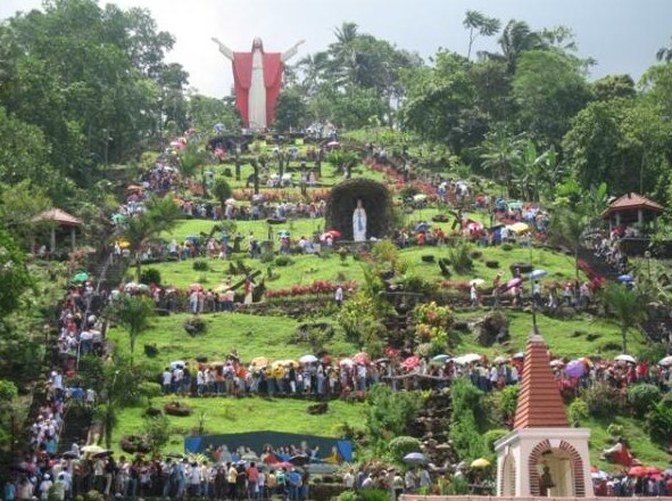 There's More Style in the Philippines! See it for yourself...

﻿Over 5.5 million join one of the world's biggest annual events,
the procession of the Black Nazarene, 9th January 2015,
6 days ahead of Pope Francis' visit to the Philippines﻿ 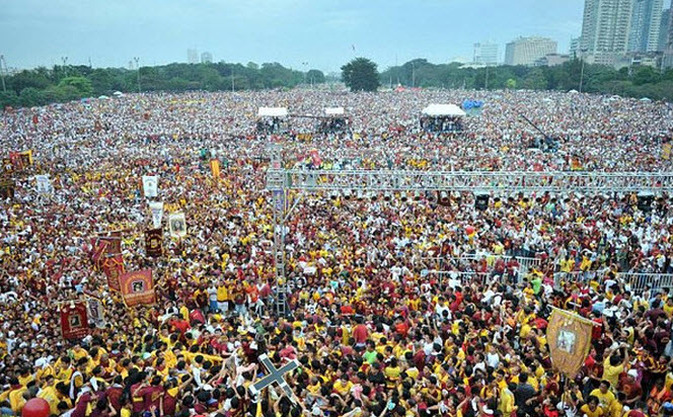 Photo above: Part of the gigantic crowd at Rizal Park (Luneta) in the heart of Manila city.
The GMA news network in the Philippines quoted Red Cross Philippines on the 9th January, that the crowd which witnessed the procession of a sacred centuries old icon of Jesus Christ, referred to as the Black Nazarene statue from the famous Quiapo Church, was approximately 5.5 million people.  The Vice Mayor of Manila, Isko Moreno, also estimated the mammoth crowd at over 5 million.  The Black Nazarene is believed by many to have magical healing powers in a country of 100 million people where 81% are Catholic.

Metro Manila is one of the largest mega cities in the world, and the crowds which turn out to watch and participate in this yearly procession easily constitutes one of the world's largest gatherings for a single event. 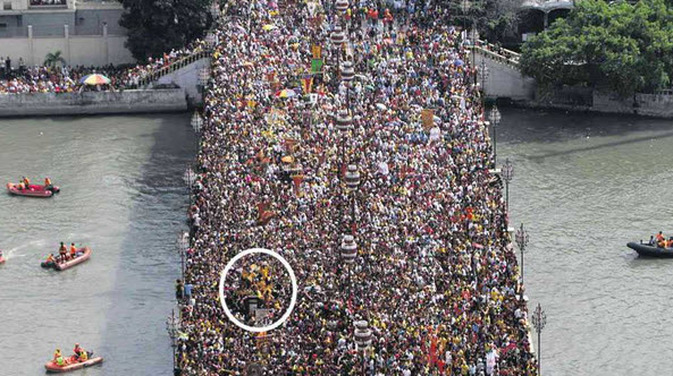 Photo above: The Black Nazarene procession, circled, making its ways through a sea of humanity on the Jones bridge in Manila.
Below: A close up of the Black Nazerene statue holding the cross. 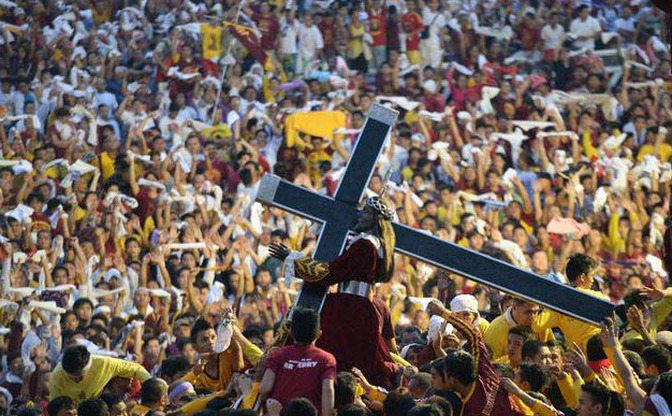 Firework celebrations in Rizal Park Manila, and the importance of Rizal Park to the Philippine nation

Rizal Park, also known as Luneta Park, or colloquially Luneta is the Philippines' most famous urban park in the centre of Manila city. It is adjacent to the historical Spanish walled city called Intramuros and the magnificent 5 star Manila Hotel which has its own cruise ship super terminal. [Photo below: Love is in the air at Rizal Park].

Rizal Park is named after the Philippine national hero Jose Rizal, who was a great intellectual and who advocated independence from the Spanish colonial power in the late 19th century, through peaceful means. Mahatma Gandhi, India's national hero - who was born in the 1860s along with Rizal and who was western educated like Rizal - also advocated for similar peaceful independence from British authority in India in the early to mid 20th century.

In addition to Christmas and New Year celebrations, the  30th December every year is a national holiday in the Philippines called Rizal Day, which celebrates the life and works of Rizal, as well as mourning his martyrdom at the hands of a Spanish colonial controlled execution squad on the same day in 1896 in Rizal Park, which was then called Bagumbayan. 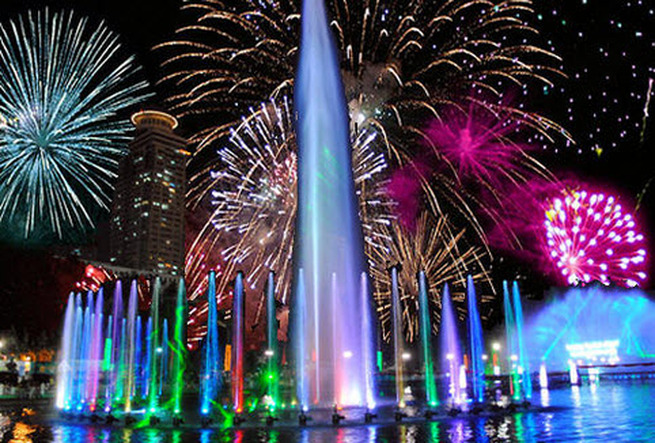 Rizal's execution at Rizal Park became a symbol for the Philippine national revolution which fanned the flames of rebellion against the Spanish. The Spanish were overthrown approximately one and a half years later by Filipino nationalist freedom fighters who declared independence on June 12, 1898 - as proclaimed by the first Philippine President, General Emilio Aguinaldo.

Spain at the time was also embroiled in the Spanish-American war which began in Cuba at approximately the same time in 1898.  The USA defeated Spain and quickly moved to take control of the Philippines. On July 4th, 1946, one year after the defeat of the Japanese imperial empire in World War II, the Philippines declared its independence from the American occupation, even though the Philippines still regards the declaration on June 12, 1898 by General Emilio Aguinaldo as its official national independence day. Later Rizal Park became a focus for people power anti-government rallies which helped overthrow the Marcos dictatorship in 1986.

One of the New7 Wonders of the Natural World,
Puerto Princesa Underground River, Palawan, Philippines

The Puerto Princesa Subterranean River National Park is located in the Saint Paul Mountain Range on the western coast of Palawan island in the West Philippine Sea. It was officially confirmed as one of the New7 wonders of the natural world on the 28th January 2012. Malcanang Palace expressed delight at this announcement. Presidential Spokesperson Edwin Lacierda is quoted as saying: "Confirmation that the Puerto Princesa Underground River is one of the New Seven Wonders of Nature is welcome news indeed. Throughout the competition, Filipinos from all walks of life have given time, energy, and resources to this campaign". Therefore, the famous tourist slogan, "It's More Fun in the Philippines" is very apt when a person can visit such a magnificent natural wonder
of the world. The Philippines truly is a place full of wonders and pleasant surprises for both local and global tourists. 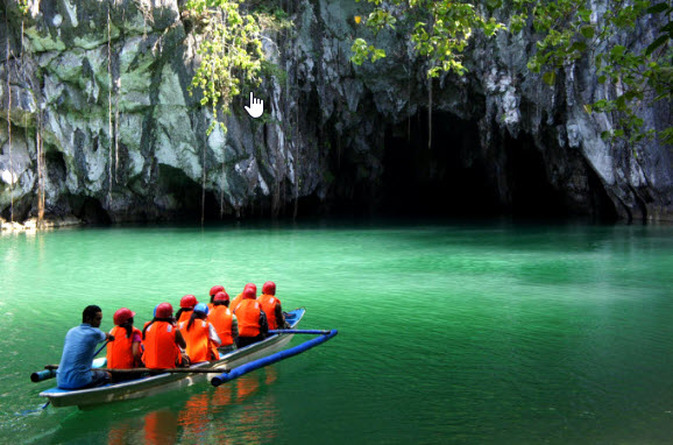 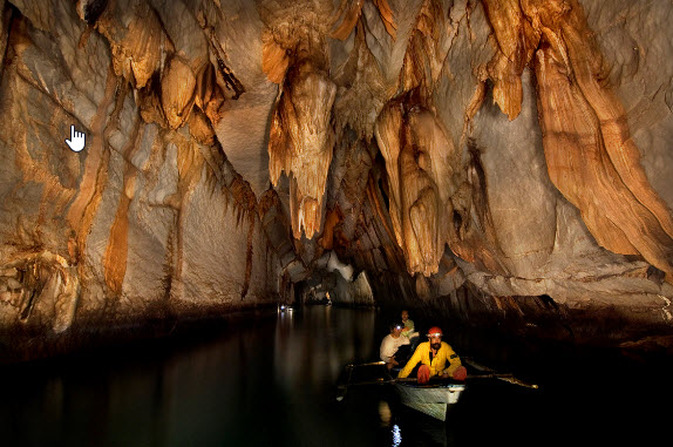 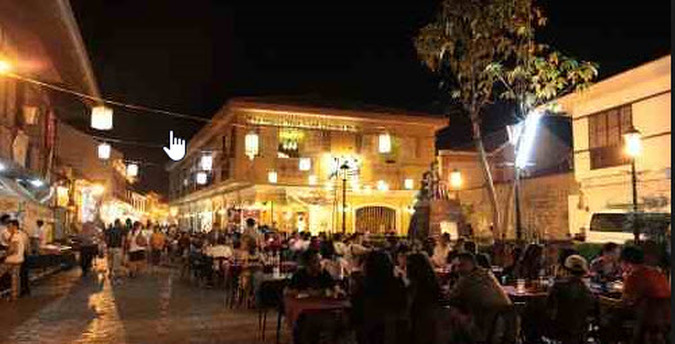 The Philippine Embassy of Australia recently announced in an official communique to Filipino Community Leaders and media around Australia that Vigan City, in the Province of Illocos Sur, is a candidate for one of the new 7 wonder cities of the world. They invite Filipino Australians and friends to vote for this wonderful city.  Please refer to the embassy letter file above for your official invitation to vote online.

Vigan, is a World Heritage site. It's one of the few Hispanic cities left in the Philippines with cobblestone streets, and where Philippine and Oriental building designs are uniquely infused with European Colonial architecture.

The history of this intriguing city goes back much further than when the Spanish colonialists arrived in Vigan, 12 June 1572. In pre-colonial times it was originally settled by Chinese traders from Fujian who married local indigenous Filipinos and started new bloodlines. The Chinese traders spoke Hokkien and named the city "Bee Gan", which means "beautiful shore". Since the Castillian and Basque Spanish Conquistadors interchanged the letters "V" and "B" to refer to the "B" sound, they spelled the Hokien "Bee Gan" as "Vigan". The Mestizo river is one of Vigan's most prominent. Mestizo, is a Spanish word that refers to a person of mixed heritage, which is fitting for a city with such a rich Filipino indigenous, Chinese and Spanish heritage. 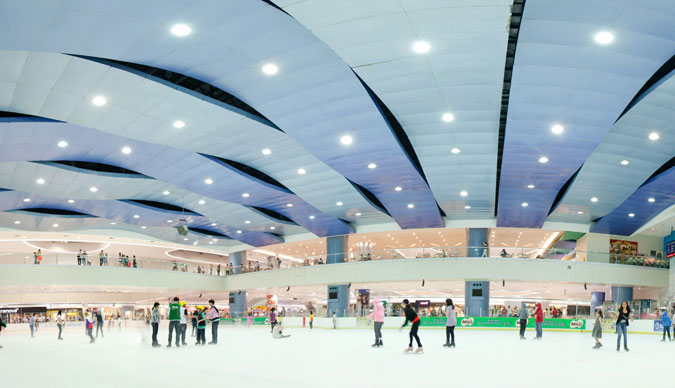 The SM Mall of Asia was recently the biggest mall in Asia and the world. Just last year it was ranked as the third largest in the world. There is another mall in Manila which is now bigger; the SM City North EDSA. SM is the largest chain of malls in the Philippines. However, the Mall of Asia in Manila is definitely a pearl in the crown of the mighty 'SM Mega Mall Empire' and is a tourist attraction in its own right with foot traffic estimated at 200,000 people per day.

The Philippines has 4 of the largest malls in the global top 20, measured by Gross Leasable Area (GLA). The USA in comparison has only two and they are ranked 19 and 20. An important socio-economic reason for this is the price of construction and land, as well as the interesting fact that Filipinos are probably the most eager, modern and flamboyant consumers in Asia, if not the world, as a percentage of its huge 100 million population. The jolly gregarious nature of Filipinos would be conducive to this assumption on consumerism. The world's largest mall is in China, but it's currently reported as being 99% empty, whilst others in the top 10 are also largely empty. If the Chinese were more consumer orientated like their Filipino neighbours to the near south of Hong Kong, then the world economy would be experiencing a massive middle class led economic boom. Therefore, the Mall of Asia in Manila still most likely maintains the trophy for the highest foot traffic of any shopping mall in the world. It also has a recently opened arena with a 20,000 seat capacity [statistical source Wikipedia].

Refer to the beautiful pictures above and below of the magnificent world class ice skating rink in the Mall of Asia. The Philippines is a world leader in the activity of 'malling' [walking around shopping malls]. An axiomatic measurement of this success was the Filipino ability to creatively and comically turn this common noun into a verb. If malling was an Olympic sport then the Philippines would win gold at every event, easily 'mauling' [trouncing] the competition. The national tourist slogan, "It's more fun in the Philippines", is definitely the case when it comes to the important Filipino national pastime of malling. Another aphorism can also be used for malling such as "Nobody [or no country] does it better!". The malls are not just cheap facades. They are very sophisticated, fully tenanted and have great prices. For Filipinos and non-Filipinos alike If you are visiting the Philippines then you should visit the SM Mall of Asia. "It's More Fun Malling!", so when in the Philippines have a "Mall of a Time!" Also, check out RFC's previous "Philippines in the Picture" stories by clicking the link in this sentence or selecting it from the side navigation panel. 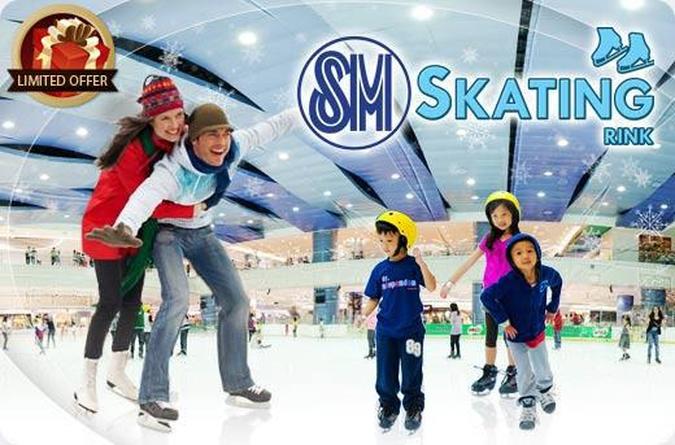