21st century history marches on, particularly in the area of technology! Toyota's announcement recently, that it is releasing close to 6,000 patents relating to hydrogen fuel cell technology, many of which concern its new Toyota Mirai vehicle [above is a cut away image showing the internal design of the Mirai] could be a great environmental leap forward for the planet.
The obvious question arises whether Toyota is doing this for the benefit of humanity or for itself?  The answer is both, in what can be termed an exercise in "Clever Capitalism". This is a huge contribution to helping save planet earth from dirty fossil fuel exhausts by replacing it with state-of-the-art hydrogen fuel cell technology which emits clear water as a byproduct. This is also calculated to be a win for Toyota's financial bottom line as it strategically seeks to make significant money from its decision to give away free patents - at least until 2020.

The future for fuel cell cars looks very promising.  However, the biggest impediment to achieving mass market production of these cars is the installation of hydrogen infrastructure at fuel pumps in vehicle refueling stations around the world.  By giving away its patents to the other large car makers, then Toyota, which has already made the Mirai car, will ensure other competitors are also able to mass produce fuel cell cars with similar critical specifications. This will in turn will create a greater demand and cost effective business case justification for refuelling stations around the world to fit out with universally standardised hydrogen storage tanks and pumps.

There are government incentives around the world for cleaner and greener energy. Unlike electric cars - which could drain the electricity grid of a major city if mass produced, which also has a very short range of approximately 100km, and which takes 5 hours to recharge - hydrogen fuel cell cars, when compared to conventional gasoline cars, have the same range, similar refuel times, similar impressive acceleration power, and operational costs which are roughly equivalent.

Notably these cars are said to be very safe. In industry safety tests - which err on the side of the 'extreme testing' - Toyota shot their fuel hydrogen tanks with bullets which could not penetrate the tank.  They then used armour piercing bullets and had to hit it twice in exactly to the same spot to penetrate the tank. Thankfully one of the free patents Toyota is giving away is that of its fuel tank. Even with a tank leak, hydrogen, which is the lightest element in the universe, immediately rises and diffuses rapidly in open air away from the leak, whereas regular liquid petrol/ gasoline pools or lingers near the leak. A test conducted by Dr Swain from the University of Miami involved deliberately setting a hydrogen and a gasoline car alight which proved the hydrogen car was much safer.
Picture below of tests conducted by Dr. Swain from the University of Miami:
Hydrogen car on the left and traditional gasoline car on the right. The fire in the hydrogen car started to reduce after one minute whilst the fire in the gasoline car intensified.

Hydrogen received a misleading bad reputation from the Hindenburg blimp disaster on May 6th, 1937, when, in front of a waiting crowd and media, the airship blew up on its attempted landing in New Jersey (next to New York) after dropping its mooring lines on the ground when the rain started drizzling. An investigation in the 1990s provided evidence that the airship's fabric envelope was coated with a reactive chemical, similar to solid rocket fuel, which was later admitted by the Zeppelin company. Safety standards and knowledge has improved greatly since this time and tests by respected academics, such as Dr Swain, and industry experts confirm this.

This technology may have one of the most significant impacts for the 21st century, because planet earth is heating up due to the relentless pollution humans are putting into the atmosphere.  Climate change caused by pollution must be reversed because humans cannot continue to treat the planet with disrespect.

Therefore, new technologies which reduce pollution, combined with ﻿government and commercial incentives to develop this hydrogen fuel cell technology﻿, as well as future government taxes on the use of traditional gasoline cars to tax them off the road, will be of noticeable benefit both to the globe in the medium to longer term, as well as to the planet's mega cities, such as Manila, in the more noticeable short term.

This could see blue skies on the horizon even during peak hour traffic within less than a couple of decades. 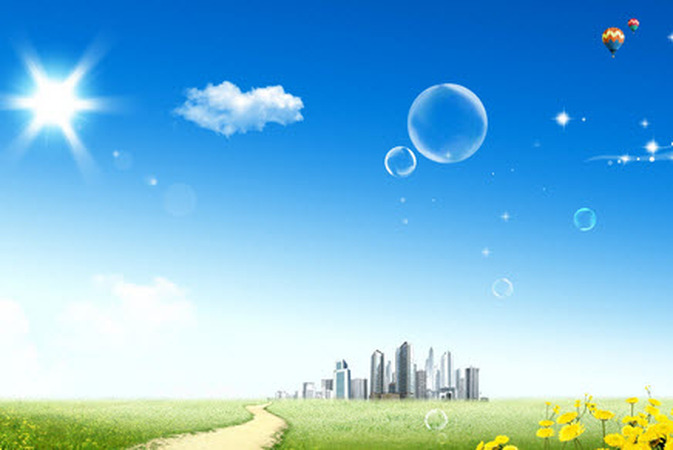 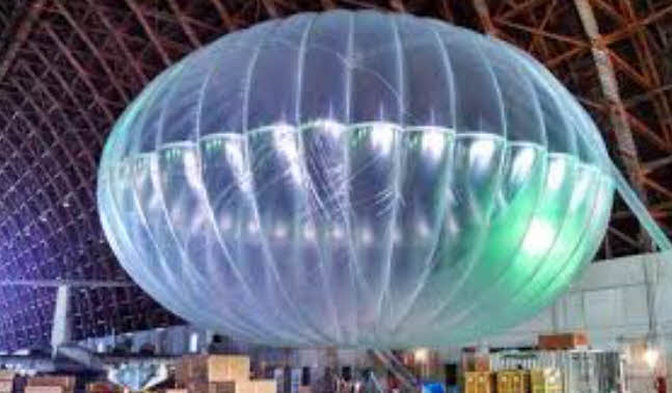 There is a communications revolution coming to a remote rock, tree, mountain, village or ocean wave near you.  This will have great benefit for both developed countries with vast rural areas as well as developing countries such as the Philippines.

The Philippines has 7,107 beautiful tropical islands, with 2,000 of them populated. There is no island that this new service will not reach.

Google's 4G (4th Generation) network balloons have already been trialed in New Zealand and will be trialed in remote areas of Australia next month during the 2014 Christmas period.  Two thirds of the world currently has no internet access, and many amongst the remaining one third have low speed and low quality unstable connectivity.  Google's "Project Loon" as it is called, aims to change this and seek global dominance in the provision of a high speed reliable internet service.  The Project Loon website says:

"Project Loon is a network of balloons traveling on the edge of space, designed to connect people in rural and remote areas, help fill coverage gaps, and bring people back online after disasters."

These balloons will travel at twice the height of aircraft and weather patterns.  If typhoons were to hit places such as the Philippines, which happened last year in 2013 when the world's strongest ever storm, Typhoon Yolanda, crossed land, then internet services will still be available with minimal if any interruption, even in the middle of a storm and after it to those with mobile phones, laptops and other mobile devices capable of communicating on the new 4G network.

The biggest long term measurable benefit will arguably be witnessed in the education sector.  The Philippines, which is the 12th largest population in the world with over 100 million people, has one of the largest and best English speaking populations in Asia who are technologically savvy.  For example, the Philippines is currently a Business Process Outsourcing (BPO) Super Power, as witnessed by its high quality call centres which provide a myriad of professional business services to high profile companies and government entities around the globe.  Despite this impressive achievement the Philippines unfortunately also has a large proportion of its population living in poverty with little access to a good education, particularly in the more remote provinces.

Google's Project Loon has the ability to revolutionise education in places such as the Philippines to bridge the digital divide between the so called digital elite who have access to the internet and those who have little or no access.  Therefore, this project will give everyone a chance at learning and productively communicating via the internet as the world continues on its quest to become an interconnected digital global village of equals.