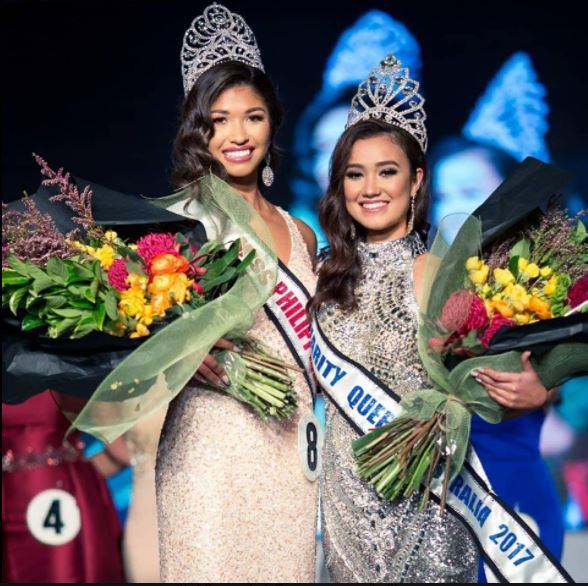 Congratulations to the Philippines Australia Sports and Culture (PASC) Inc for organising another spectacular Fiesta Kultura, which is ...

What a wonderful event! Congratulations to everyone involved in this huge and successful fiesta. The pictures, focusing on a "Who's Who of the Fiesta Kultura", can do the talking for this story. 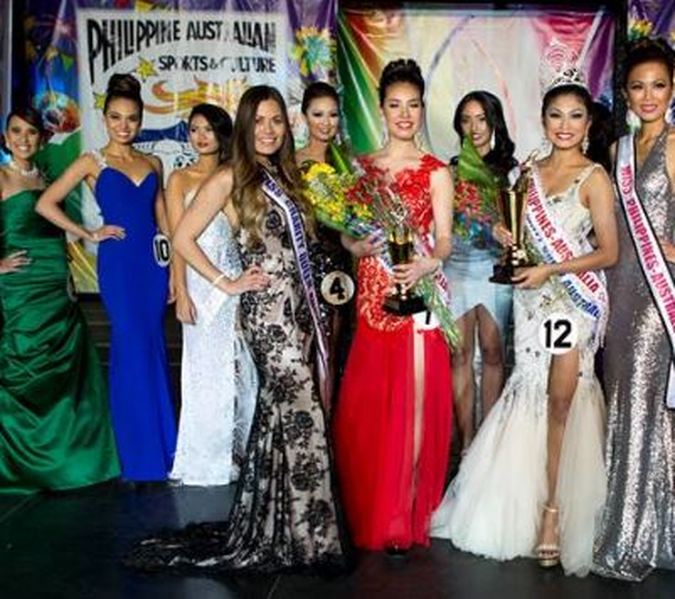 Photos:
Above Left: The ever youthful looking Elizabeth Garrett, President of the Australian Capital Territory Filipino-Australian Social and Cultural Association (ACTFA-SCA), was presented with an award "For 25 years of most valuable service to the Fiesta Kultura."
Above Right: Pinoy Elvis (aka Filizardo Intervalo) entered the venue with the beautiful Tina Turner (aka Remely Masmela), amongst a large crowd of over 20,000.

Who's Who?
Philippine Australian Sports and Culture (PASC), Inc.
Board of Directors and Projects Coordinators
Organising Authority of the Fiesta Kultura 2013. 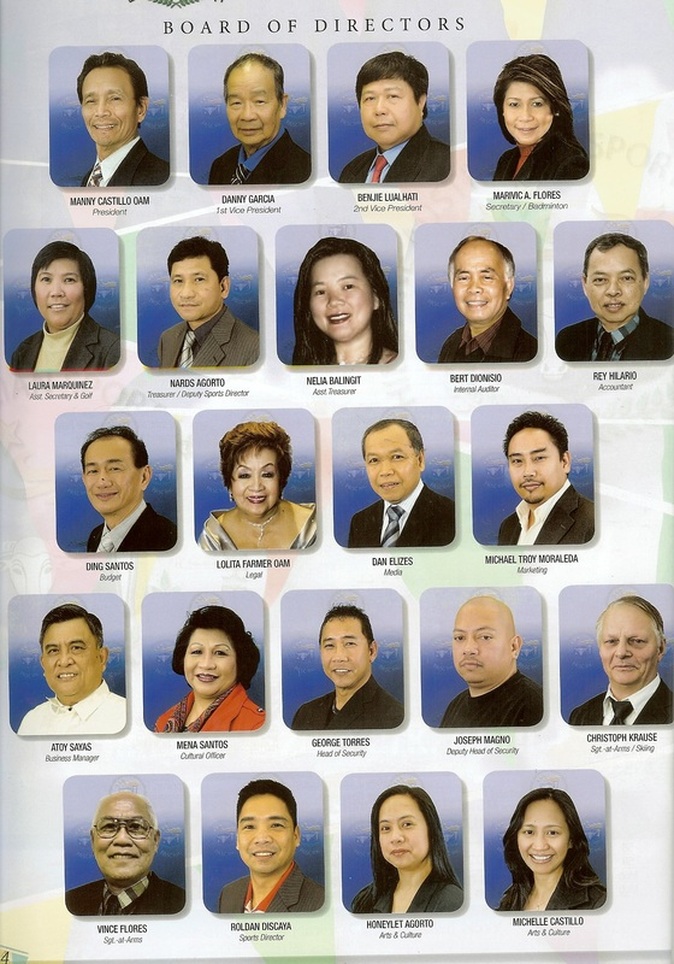 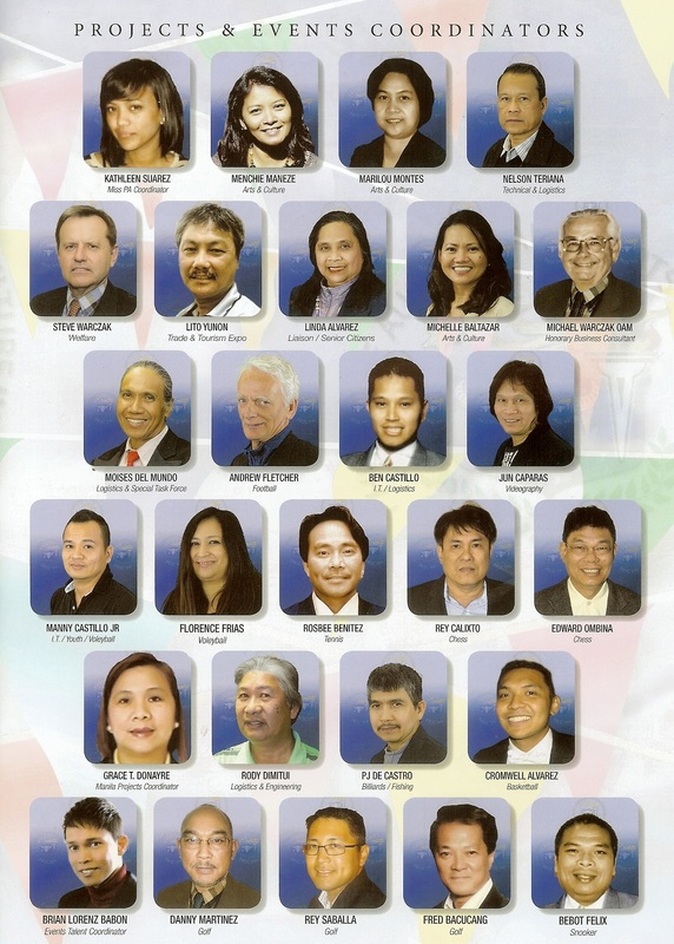 She's got the look!
Cindy Carino -
The look of a super model with
Filipino, Spanish, German and Russian Heritage.
Grand finalist soon to compete in Paris for "Face of the Globe"
RFCA Interview with Ms Carino: 12th October 2013

RFCA has an audience around all States and Territories in Australia. As such if other Miss Philippines-Australia contestants from any part of Australia wish to be profiled by RFCA then please feel free to send us a message via the "Contact" page.

Nicole Collins at 18 years of age, was officially nominated by ACT Filipino-Australian Social and Cultural Association (ACTFA-SCA) to represent the Miss Mutya Ng Kalayaan 2013. She was introduced to the community at the 115th Philippine Independence Day Celebration Ball, held in the National Convention Centre, Canberra City.

Nicole was born in Canberra and recently finished Year 12 at St Clare’s College.  She has great interest in the Arts, including dance and has represented Canberra and Australia in national and international competitions.

Nicole has a passion and consideration for less fortunate people, having seen it in the footsteps of her parents’ lifework who have supported orphanages, indigent and charitable institutions in the Philippines. With Nicole's family, she has travelled to the Philippines strengthening her ties with the Filipino culture and understanding their Filipino way of life.

The Mutya Ng Kalayaan role has opened the door for Nicole to assist in various charities in Australia and the Philippines.

Cassie lives on Canberra's north-side in the fast modern growing area of Gungahlin, just inside the ACT border with NSW. To reach the outer southern metropolitan area of Sydney, such as Campbelltown, is only approximately 2 hours by car on the national highway (Campbelltown has a very large population of Filipino Australians, including the largest statue of Jose Rizal outside of the Philippines which was visited by Philippine President Aquino after he visited Canberra in 2012). This northern part of Canberra is also one of the fastest growing metropolitan regions, business, shopping and entertainment hubs in Australia. It has a new full-sized indoor swimming pool in its advanced stage of construction. It also has excellent outdoor sporting facilities, government and business offices, and ever expanding retail space. This area was also the first in Australia to receive the super fast national broadband Internet service which will further enhance business opportunities, increase the demand for people wishing to live there and cause property values to rise further.

Besides enjoying life growing up on Canberra's northside, Cassie also loves to travel.  She has spent time living in Indonesia and Hong Kong due to her father's occupation.  This type of international story is familiar in many parts of Canberra considering there is a high proportion of diplomatic, other federal government department and international business company officials and staff who work in the nation's capital.

SPONSORS
Cassie is looking for sponsors. If you would like to sponsor Cassie you can contact her through this website and RFCA will pass on the information.  Sponsorship will also mean that Cassie can help promote your business.
Radyo Filipino Australia