Map: Grounds of the Philippine Embassy of Australia marked above. Strategically located in the Embassy district at the edge of Capital Hill - State and Capital Circles, Australian Parliament House. Also, located between the large US Embassy of Australia at the top of Moonah Place, and the Residence of the Prime Minister of Australia on the other side of the highway.

The Philippines and Australia - Friendship and Shared Heritage:
The Philippine Arts Festival Featuring An Awards Ceremony
​at the Philippine Ambassador's Residence,
Philippine Embassy of Australia, Canberra. (Sunday 21st May 2017)

​The Philippine Ambassador of Australia, Her Excellency (H.E.) Minda Calaguian-Cruz, hosted a grand art and awarding ceremony event in her residence.

The art of Miguel Castro was on display and he also sang. Dr Merlinda Bobis read poetry.
Embassy Awards to Individuals for Extraordinary Contributions to Philippine and Australian Relations

Awardees travelled from far and wide across the whole of Australia to attend the event. 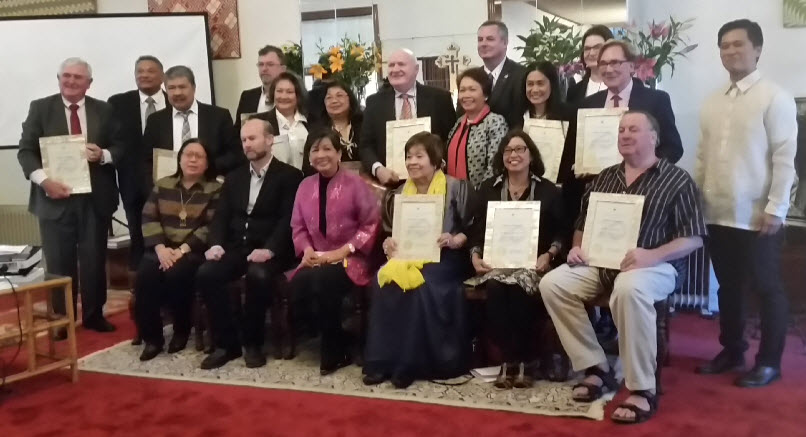 Photo: Awardees from around Australia at the residence of the Philippine Ambassador of Australia, Her Excellency, Minda Calaguian-Cruz, front row, sitting third from left.

The Embassy souvenir book stated:
"The 70th Anniversary Award [of diplomatic relations between the Philippines and Australia] is presented to the following individuals who have made extraordinary contributions in enhancing bilateral relations between the Philippines and Australia through their chosen advocacies and dedicated service."

The award categories and awardees were as follows:"

Dr Vince Daria, Physicist and Neurophotonics Scientist,
Specialising in Laser and Quantum Electronics to
Map the Brain, gives a talk at the
​Philippine Embassy of Australia about Multiple Sclerosis (MS)
(September 2016)

Opinion: International Law of the Sea - 1 Day till Decision
Philippine Ambassador to Australia,
Her Excellency Minda Calaguian-Cruz
​Provides Opinion on the Upcoming UNCLOS Decision Between Philippines and China and its Importance to the World.
Published in Australia's Leading Political Economic Newspaper,
The Australian Financial Review. (11th July 2016)

Click the link below to read Ambassador Minda Calaguian-Cruz's opinion regarding the United Nations Convention on the Law of the Sea (UNCLOS) decision between China and the Philippines, published 11th July 2016, one day before the court's decision. ​

Photo: Filipino protestors who sailed to the BRP Sierra Madre on Ayungin Shoal where the Philippines has a military presence. Photo by freelance Journalist Ben Bohane for the Australian Broadcasting Commission (ABC) early July 2016 just days before the international law of the sea decision.

The voting period for registered overseas voters will be from the 09th April till the 9th May 2016.  See the official letter from the Undersecretary for Philippine Foreign Affairs in the document attachment below. 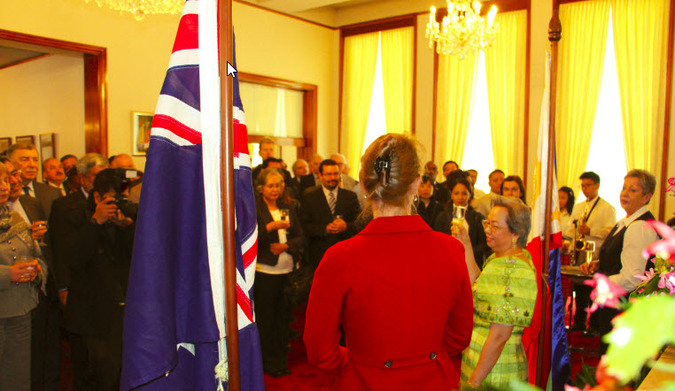 Photo above: The Philippine Ambassador to Australia, Her Excellency, Belen F. Anota raising a glass in toast for Philippine Independence Day 2014. In attendance were embassy and military officials from many other nations, senior Australian Dept. of Foreign Affairs staff, as well as Filipino community leaders and invited friends.
Photo below: The impressive looking Philippine Military contingent in the main hall of the Ambassador's residence. 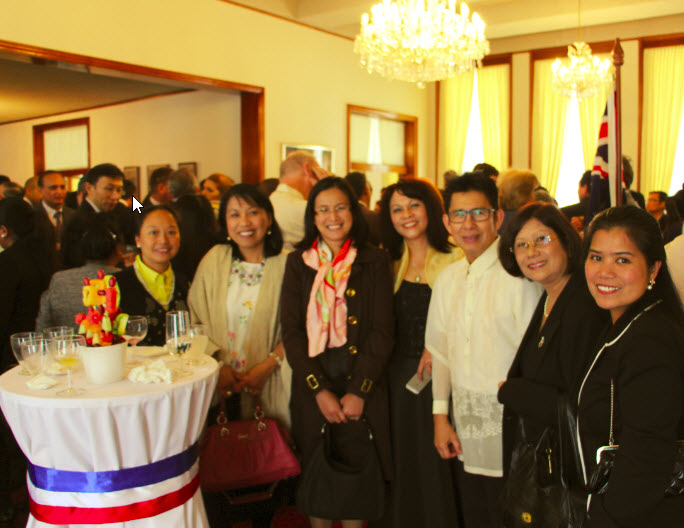 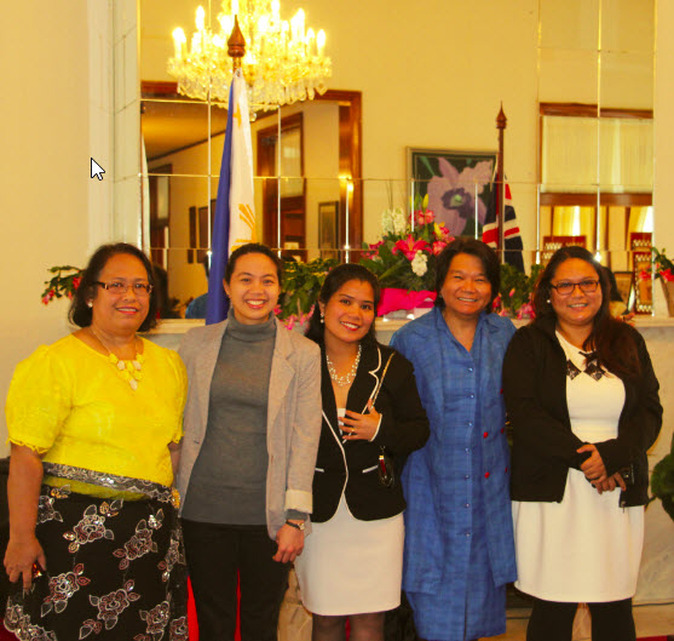 Above left: Nuns at the forefront of the protest praying for peace with a steadfast spirit of determination.
Above right: Cory Aquino, the hero and political icon of the revolution who later became the
President of the Philippines. 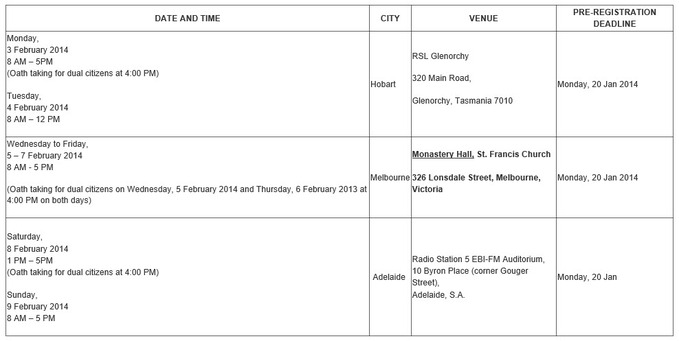