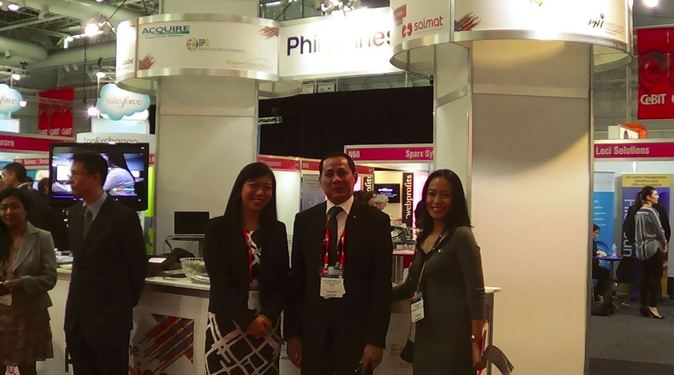 Welcome to this week's 'blockbuster broadcast' with some enlightening, detailed and engaging English language interviews.

RFCA conducted a joint interview on location at the CeBIT World ICT Expo in the magnificent Darling Harbour Convention Center area of Sydney with Ms Patricia Abejo, Director Philippine Department of Science and Technology ICT Office (DOST-ICTO) and Mr Jose Mari ("Jomari") Mercado, President and Chief Executive Officer (CEO) of the Business Processing Association of the Philippines (BPA/P). Both Ms Abejo and Mr Mercado give a detailed top level insight into why the Philippine ICT sector is booming and is currently one of the best in the world, if not the best, for providing ICT business solutions. One of Mr Mercaodo's memorable aphorisms from the interview was "Your Business, Our People".  Also, refer to the Home page article to find out one of Mr Mercado's other great maxims.

RFCA also interviewed Mr Tony Meloto, who is a distinguished and highly accomplished Social Entrepreneur. He is the Chairman of Gawad Kalinga, one of the biggest charity groups in the Philippines. Mr Meloto is very passionate about the work of Gawad Kalinga and how it is helping raise Filipinos up out of poverty. Mr Meloto also provides a great insight into the current state of the booming Philippine economy compared to the rest of the world.

Thank you so much to our three interviewees for their time in talking to the RFCA audience around Australia and the world.  The nation building commercial and charity foundation focuses of business investment within the booming and very professional IT sector of the Philippines, as well as world recognized social entrepreneurship through charity aid has provided the RFCA audience a valuable resource in learning more about the great achievements and stellar economic performance of the Philippine rising state star today. 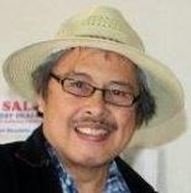 1) Interview with Renato Perdon, Sydney. Mr Perdon, who shares his wisdom about history, culture and language in the Philippines. He is a historian, author, newspaper editor, cultural consultant to the Philippine Presidential Commission on Culture and the Arts, and professional translator.

3) Internet speeds in Australia compared to other countries, including the different broadband plans being proposed.

4) Australia's population reached 23 million on Tuesday, 23th-April-2013. Congratulations to Amy Basas who became an Australian citizen on this day.

5) Announcements about Philippine Independence day celebrations in Canberra and around Australia, such as in Alice Springs. 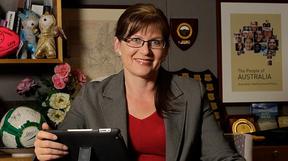 1) Interview with the Hon. Senator Kate Lundy, the Australian Minister for the portfolios of Multicultural Affairs and Sport, as well as Minister assisting for Industry and Innovation.

2) Report regarding a bill to create a Department of Overseas Filipino Workers. This would consolidate the different agencies who work within this administrative space under the one Department.

3) First Secretary and Consul Nina Cainglet, as well as Consul Grace Bulos from the Philippine Embassy of Australia addressing the Filipino Australian Community about the upcoming Senatorial election in May.  Also discussed was the 'Mobile Passport' timetable for different states in Australia.  The 'Mobile Passport' is a service to allow Filipino Australian citizens the ability to apply for dual citizenship if they are eligible.

4) How to cook Bok Choy (Petsay)  in garlic sauce, brought to you by Vanjo Merano of Panlasang Pinoy.

5)  Piano music piece composed and performed by Augusto (Toti) Verzosa.  Toti's music can be found on his website: www.verzosa.org  Toti may be following in the footsteps of the world famous American pianist of Polish origin, Liberace, who during the period of the 1950s-1970s, was one of the highest paid entertainers in the world.

1) ICT Expo CeBIT (Centrum fur Buroautomation, Informationstechnologie und Telekommunikation) [German language spelling] held in Sydney 28-30 May 2013.  This is one of the biggest ICT expos in the world and there will be many ICT experts and companies from the Philippines looking to do business in Australia.
2) Send Money Asia - project to compare money transfer services.
3) Senior citizens of Culturally and Linguistically Diverse (CALD) background. National CALD Ageing Web Based Network project.
4) As reported in the Canberra Times recently, the ACT has the largest proportion of high income families in Australia who have chosen to send their children to public schools. Canberra is considered to have many of the best quality public schools in the country. This is measured in terms of national academic test results as well as teacher, student and parent satisfaction.
5) Public Private Partnership (PPP) seminar in Sydney. 26th May.  Government business officials from the Philippines looking to partner/joint venture with companies in Australia to undertake major infrastructure projects, such as airports, maritime facilities and roads in the Philippines.

Broadcast: Interview & news content: 06April2013
1) Interview with Hon. Andrew Leigh, MP.  Dr. Leigh is the Parliamentary Secretary to the Prime Minister of Australia. Dr. Leigh talks about his fascinating time growing up in S.E.Asia with his parents who worked for AUSAID, as well as the contributions of the Filipino community in Canberra and around Australia.
2) Reproductive Health Law (RH Law) brought to you by Radio Television Malacanang (RTVM).
3) Year 12 educational level in the Philippines.
4) Independence Day 2013, celebration announcements from FCCACT for the Philippine Independence Day Ball on 8th June, and the PAA for the Heritage Day on the 26th May. 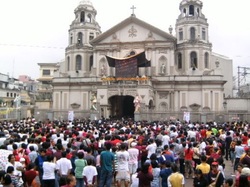 1) Letter of support from Hon. Andrew Leigh, MP, Parliamentary Secretary to the Prime Minister, Labor member for the ACT seat of Fraser.
2) News from around Australia.  South Australia: The Filipino Australian Liberal candidate for the Federal Seat of Adelaide, Carmen Garcia.
3) Embassy announcement regarding Balikbayan boxes.
4) New 2013 reparation law payments for victims of Martial Law under the Marcos government
5) Passion of Christ

2) Interview with Victor (Vanjo) Merano, founder of Panlasang Pinoy.  Vanjo is currently living in Chicago, USA. Warm thanks to Vanjo for his inspiring talk about the best cooking in the world - that is Filipino cooking of course (Siempre pa)! 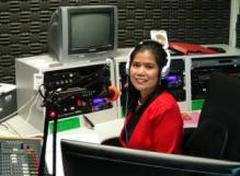