Goldilocks, A Red Dwarf And The Seven Celestials:
Possible Life... But Not As We Know It!
NASA Continues to Astronomically Extend the
Horizon of Human Knowledge and Intelligence. (February 2017) 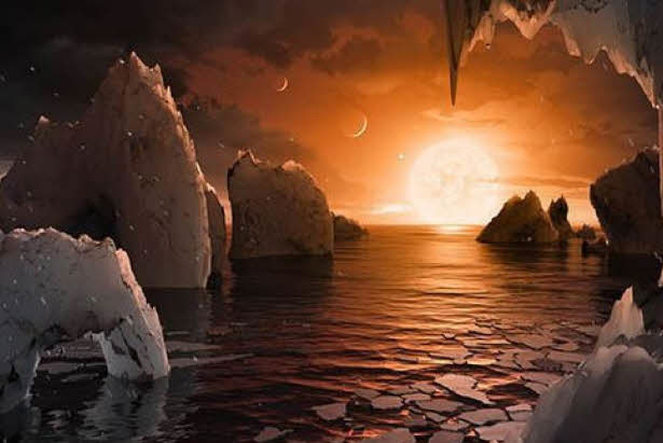 Goldilocks is synonymous with the adage "Not too hot, and not too cold", famously adopted into the proverbial lexicon from a 19th century English fairy tale by Robert Southey. To contextually transfer this into astronomical 'NASA Geek Speak', it could be referred to as the "Habitable Zone", where conditions are not too hot, or not too cold for biological life to exist and evolve. 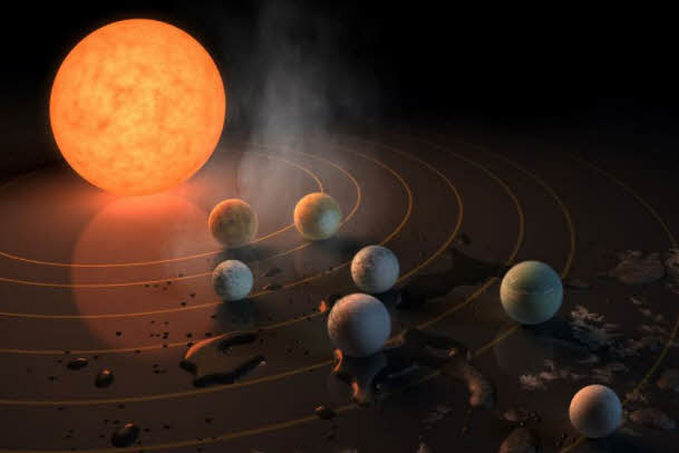 ​The planets all orbit very close to Trappist-1.  Because the Red Dwarf is small then the planets do not become too hot.  However, it is suggested that because they are so close they have become tidal locked to the Red Dwarf which would keep one side of their planet in perpetual darkness and the other side in perpetual light.

The twilight zones between light and darkness could be where life has most chance of existing. This is where scientists suggest forests and swamps could form - between the scorching lands always facing the sun, and the gigantic ice frozen lands in perpetual darkness.  Because of the extreme temperature differences, winds within a thick water-based atmosphere would be stronger and distribute warmth around the planets faster to mitigate the destructiveness to life. 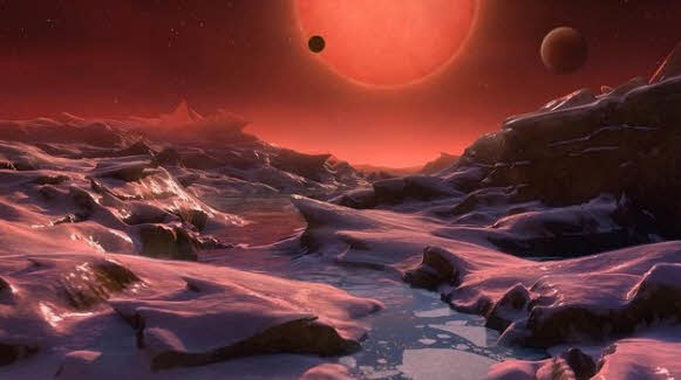 What is for certain is that humans, through space agencies such as NASA, continue to expand their knowledge with science-based facts. This can lead to a greater level of intelligent questioning about the galaxy and cosmic heavens we live within.

Consequently, NASA will continue to push the scientific boundaries in an attempt to answer one of the greatest questions of human history - whether life on earth is alone as the only biological life form, intelligent or microbial, in this physical universe?  If we are not, then it's obviously life, but not as we know it ... yet!
Radyo Filipino Australia