How Much Money is There in the World, Which Direction is it Headed and What's its Scope?  (July 2017) 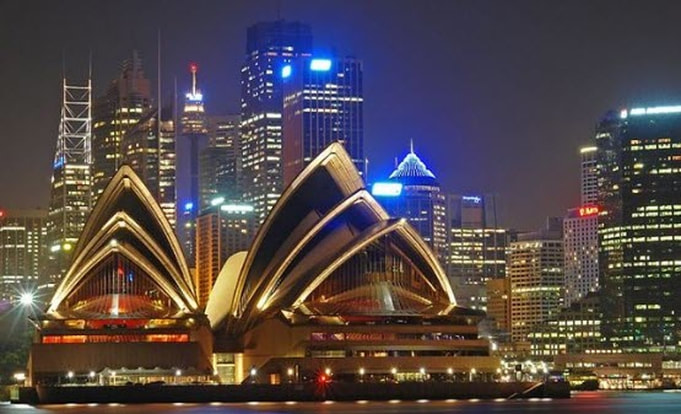 To gain a greater understanding of the financial world they live in, sometimes people may ponder upon or ask questions such as how much money wealth is in the world. Before answering such questions, one must first define the parameter of the key term such as monetary wealth.

In this instance, when talking about monetary wealth, we are only referring to financial or real assets, such as cash, debt, gold, stocks, real estate and the little understood huge elephant in the room called derivatives. These monetary and real assets could be categorised as types of wealth.

National wealth is most often measured by Gross Domestic Product (GDP). A simple definition of GDP is the monetary value of all the finished goods and services produced within a country's borders in a specific time period. The following chart shows a breakdown of global GDP measured wealth by country, which are also colour categorised or grouped by the continental region within which they belong. 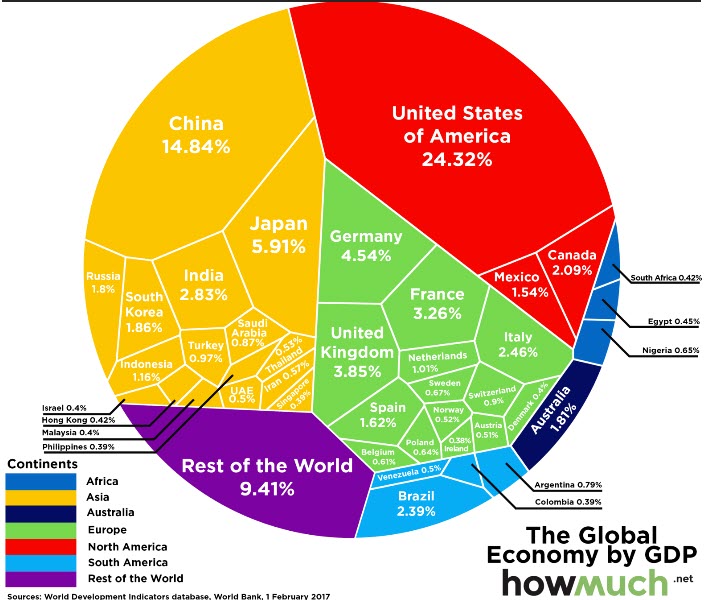 The top dozen countries according to this World Bank chart are: The USA and China make up almost 40% of the world economy.  The percentage gap between the next 10 is closely bunched with a differential of just over 4%.

Australia, with a continent-sized-mixed-market economy, diversified between services, banking, technology, tourism, production and mining sectors has taken over 12th spot from Russia which has an economy that is more heavily reliant on oil and gas exports compared to other sectors.

To measure, analyse and compare the total amount of money in today's modern 21st century, one would need to break it down into types of monetary wealth, most of which have multiple interlinkages to each other. Common examples are as follows: Sources:
Market Watch.com 2017, CIA Factbook and Savills, Global Real Estate Agency

In regard to derivatives, no one truly knows the exact size of this market. One of the world's richest people, Warren Buffet had this to say about derivatives:

The derivatives genie is now well out of the bottle, and these instruments will almost certainly multiply in variety and number until some event makes their toxicity clear. Central banks and governments have so far found no effective way to control, or even monitor, the risks posed by these contracts. In my view, derivatives are financial weapons of mass destruction, carrying dangers that, while now latent, are potentially lethal. [Warren Buffet, 2002]

Six years later in 2008 the derivatives genie, which Buffet said was already out of the bottle, indeed did show its devious toxicity with the Global Financial Crisis (GFC). This leaves one to wonder what is the true value of a derivative contract agreement and if everyone involved in the agreement knows what they are agreeing to?

The question remains if there are now other hybrid derivative genies mixed with debt bubbles, zombie government funded enterprises and shadow finance systems in other major international economies ready to spread financial chaos? If so then this will cause a downward revision of this global monetary figure.

But using a more positive long term economic vision, according to Global Infrastructure Hub's (GI Hub's) Outlook, the world needs another $100 trillion in infrastructure development by 2040. As per the figure above, this is almost half the existing commercial, residential and agricultural real estate in the world today. This massive amount, particularly in regard to improving world transport and communication infrastructure, will keep the world financially busy and productive if it can ride the rollercoaster lows along with the highs without derailing.

One safe observation to make about monetary wealth throughout history is that it's always changing hands.

In any case, and on a final note, despite trying to measure the global wealth by dissecting it via nation and then type of wealth, this leaves out the inner wealth of everything and everyone in existence, thus limiting the scope of monetary wealth.

No one can measure in monetary value the inner worth of an individual, a family unit, an ethnic group, a culture, a nation of people, all the life on the planet and the planet earth itself. This, indeed, belongs to a spiritual and moral realm of value far greater than and unrelated to the laws of physical mathematics or accounting.

Monetary wealth is not there for people to serve it as their master, but rather it is and should always be there as an important form of measurement to serve the people responsibly by making their lives better through a respectful balanced social and environmental approach to local and global development. 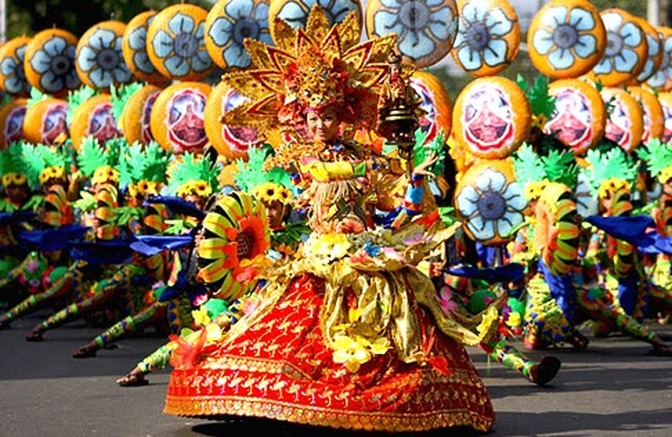 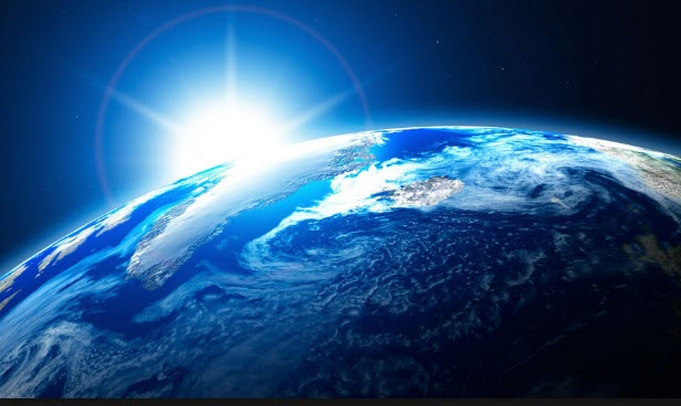