Major Paul Rosenzweig, OAM, and Justice of the Peace (JP), who has been interviewed by RFA on previous occasions relating to his great historical research work relating to Australian and Philippine defence history, has recently been awarded one of Australia's highest honours, the Medal of the Order of Australia (OAM) “For service to military history preservation”.

He received the Medal from His Excellency the Governor of South Australia, the Honourable Hieu Van Le AC, in an investiture at Government House, Adelaide on Tuesday 5 September 2017. 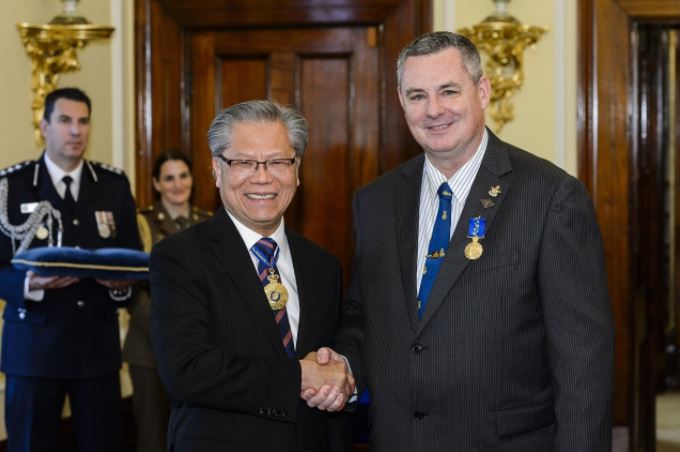 Photo: Major Paul Rosenzweig (ret’d) receives the Medal of the Order of Australia (OAM) from His Excellency the Honourable Hieu Van Le AC, Governor of South Australia, in Adelaide on 5 September 2017.

In a Philippine Embassy of Australia ceremony in Canberra earlier this year, Her Excellency, Minda Calaguian-Cruz, Philippine Ambassador to Australia, also awarded Major Rosenzweig a ‘70 years of Diplomatic Relations Award’ in the category of Defense and Security Cooperation. 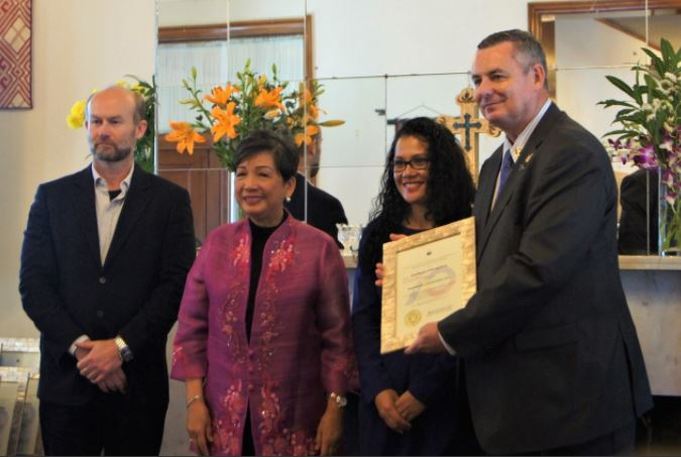 Some of the details relating to Major Rosenzweig's illustrious military career, voluntary service and contributions for the benefit of both Australia and the Philippines, including the above recent awards, are as follows:
Radyo Filipino Australia