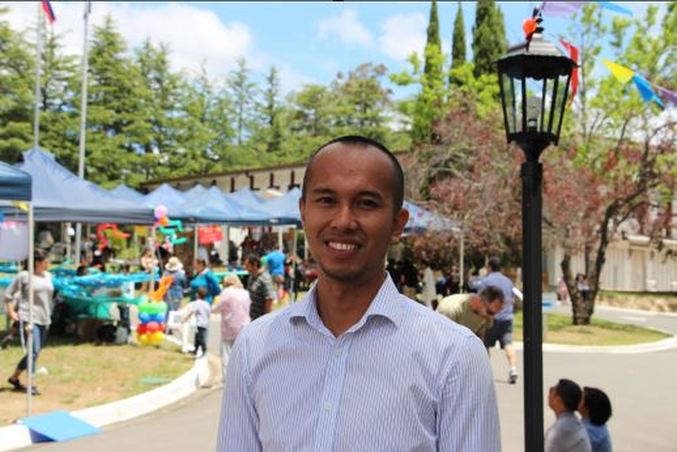 RFA Photo: Francis Sollano, Internationally Renowned Fashion Designer from the Philippines attending a Philippine Embassy of Australia event in Canberra during November 2017.
Francis Sollano, who was previously interviewed by RFA in late 2016, continues to be very busy on the international stage of design.  Mr Sollano became world famous for his trashion (making fashionable women's clothes, accessories and artistic installation designs from recycled trash). His work embodies a contemporary take on upcycling garbage into wearable art and converting urban spaces.

He is a self-made social entrepreneur who incorporates his love for the natural environment in delicate handmade creations under his own label. He is also the co-founder and covenor of Youth for a Liveable Cebu which advocates for sustainable practices and livability in various communities through a community, national and international platform.

Mr Sollano has received awards around the world, including in Switzerland, which included other awardees in different categories such as Leonardo DiCaprio.  He has rubbed shoulders on the same stage with the world's design, acting and political elite.  He recently gave a fashion presentation in front of the UN General Assembly in New York. 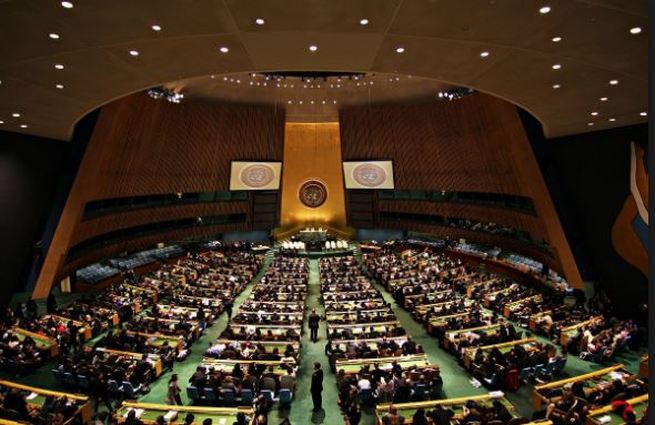 Photo above: The UN General Assembly, New York where Mr Sollano gave a fashion presentation, showing the world with pride the great talent of Filipinos.

He has a great sense of natural bubbly humour, and radiates with a quiet and humble confidence as he speaks. He embodies a true noble Filipino spirit to be proud of.

RFA recently caught up with Mr Sollano at a Philippine Embassy of Australia event in Canberra.  He talks about his new prestigious role as the curator of the internationally famous Design Canberra Festival, home to some of the world's best art and cultural museums, as Canberra, the nation's capital in the beautiful mountains, is truly a city of monuments, museums and a very dynamic arts loving community.

Photos above and below: The "Shine Dome", Australian Academy of Science, Australian National University (ANU), Canberra, which is one of the magnificent venues for the Design Canberra Festival for which Mr Francis Sollano, from the Philippines, has been chosen as a curator. 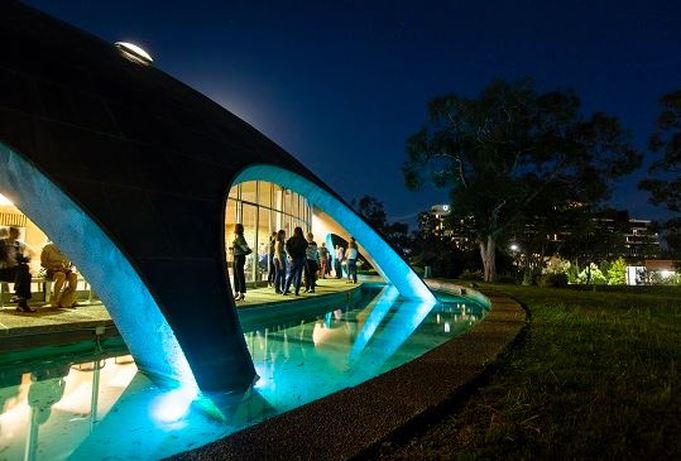 ​The Events ACT website describes the Design Canberra Festival:
​
​"Throughout November over 100 events, exhibitions, talks, tours, activations, markets, collaborations, artist studios and open homes will be showcased as DESIGN Canberra. See the nation's capital transformed into a new platform for the best in design.

DESIGN Canberra 2017 will be inspired by the spirit of modernism, a celebration of the creativity, experimentation and optimism for which Canberra’s mid-century architecture is acclaimed. The event will be led by the idea of Canberra as a living design laboratory; a global city of design.

From the time of Walter and Marion Griffin’s visionary design a century ago, to iconic experimental modernist architecture of the 1950s and 60s, through to contemporary and sustainable design developments today, Canberra has been – and will always be – a living design laboratory." 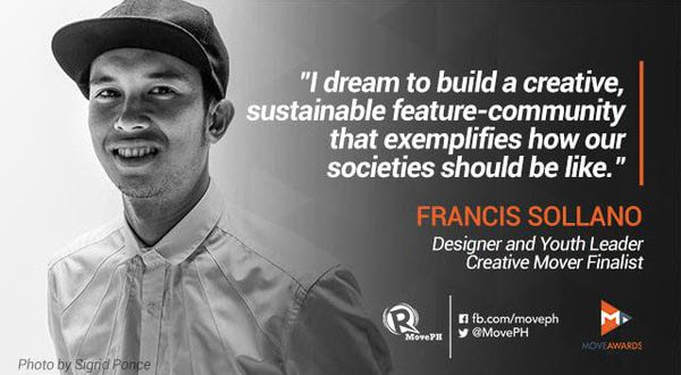