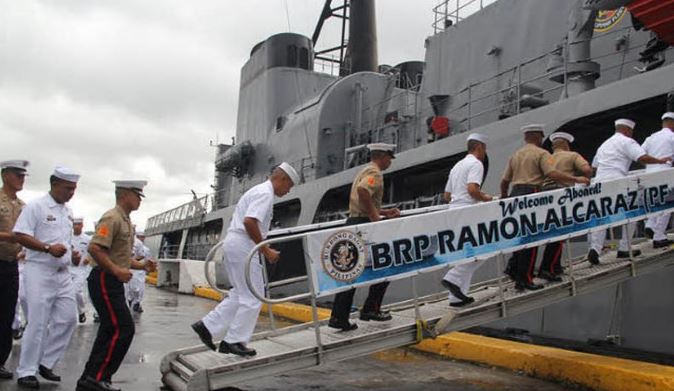 Darwin is a high-rise Top End multicultural city in Australia's Northern Territory (NT). It is a major offshore and onshore global Liquefied Natural Gas (LNG) production giant, like Qatar, as well as a mining and livestock exporting hub.

It is also a major tourist destination with many private high-rise millionaire penthouses and 5 star hotels. It is referred to by some as Australia's fast growing version of Dubai in the South Pacific tropics, and is also considered Australia's geographical front door to Asia.

Darwin was once destroyed in World War II by an armada of Japanese ships and their airborne fighter and bomber planes in the 1940s. It was also totally destroyed by a major cyclone one Christmas Eve in the 1970s. On both occasions it instantly grew back, bigger, stronger and more modern, which makes it noteworthy as a city for which the  famous theory called 'Survival of the Fittest' applies. This theory also happens to belong to the most famous evolutionary scientist in the world, Charles Darwin, for whom the city is proudly named after.

Consequently, the Philippines and Australia have developed good interactions and inter-operability in the military space dating back over many decades, for which Rear Admiral Rodelas has played an important part.

RFA also previously interviewed the captain of the BRP Ramon Alcaraz, Captain Ernesto Baldovino in September 2014, when the Philippine Navy participated in the war games four years ago.

Fleet Commander, Rear Admiral Rodelas further talks about  the good relationship between the Philippines and Australia.

The Philippines is modernising fast in its own determined, focused, strategic and tactical evolutionary quest for greater military naval capability. This also requires a 'survival of the fittest' mentality, particularly in regard to enhancing its capabilities in protecting and managing its own maritime boundaries and sovereignty through a healthy defensive deterrence against outside threats as well as against any internal seaborne actors who may try to threaten the safety of Philippine waterways with criminal and hostile intent.

Australia is a good friend of the Philippines as it fought alongside Filipinos to help them regain their national independence from foreign Japanese imperial invaders in World War II. Since this time Japan has also become good friends of both Australia and the Philippines.

Australia, which has also developed strong friendly military relations through inter-operable training exercises with Indonesia at many levels, would further be pleased to see the growing naval capability of its other friend and close neighbour, the Philippines. 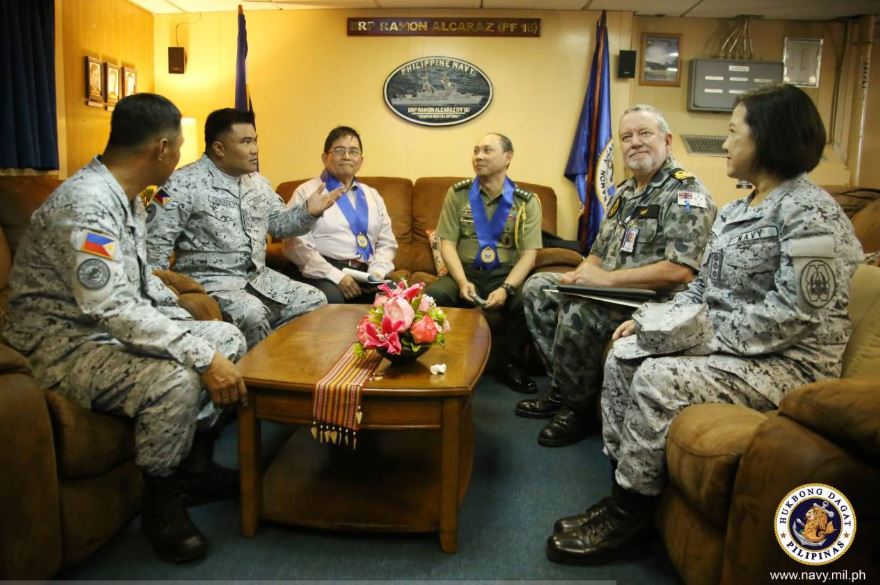 Photo: On board the FF-16 BRP Ramon Alcaraz after it arrived in Darwin Harbour for the 2018 Kakadu War Games. The Honourary Philippine Consul General for the Northern Territory (NT) of Australia, Mr John Rivas, centre left, welcomed the Philippine Naval personnel to Darwin on behalf of the people of the NT of Australia, and as the Philippine Embassy of Australia's representative in the NT.

As the Philippines fast evolves into a capable 21st century military power, it is currently being guided in the naval arena by steady hands on the strategic fleet bridge wheel, controlling a firm rudder which pivots the Philippine Fleet in the direction of greater naval modernisation and enhanced logistical operations.​

Rear Admiral Rodelas, is one such person with a steady strategic hand guiding the Philippines' new naval modernisation, training and logistical operations.  As  the Commander of the Philippine Fleet, he is in-charge of very capable and patriotic officers throughout the Philippine Navy, including those officers and crew of the BRP Ramon Alcaraz who participated in the Kakadu international war games. 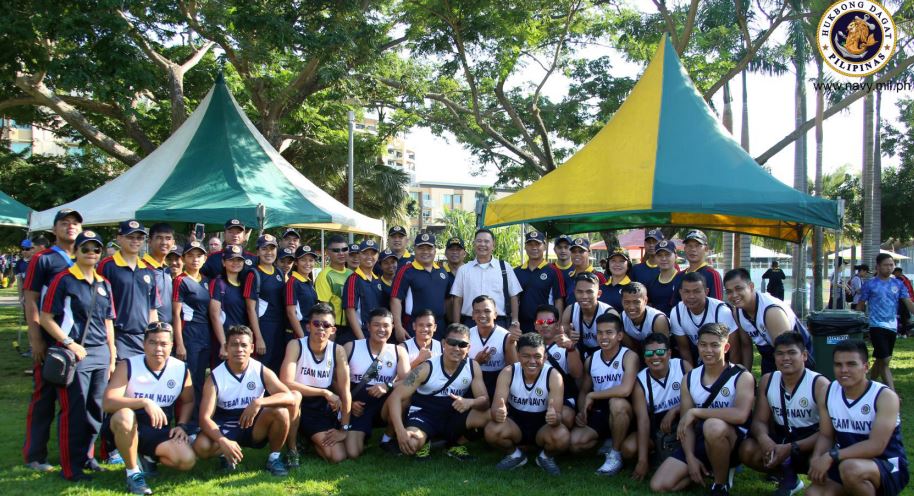 All Filipinos and friends, both in the Philippines and millions around the world, should be proud of the Philippine Navy's efforts. 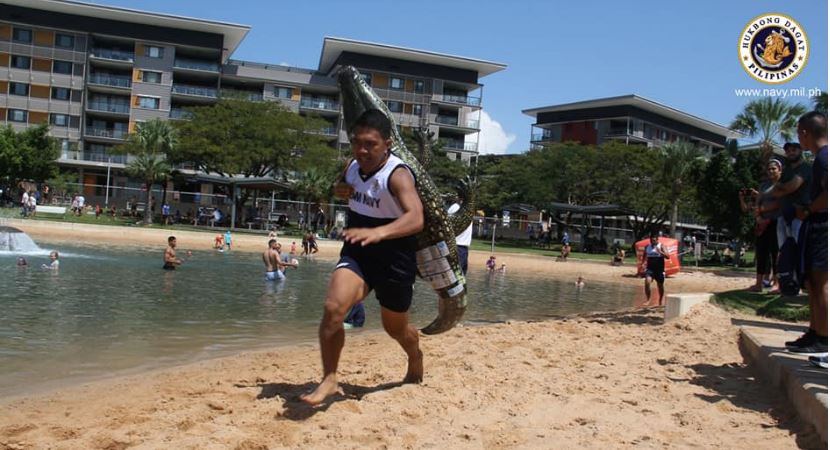 Photos above and below: Philippine Navy personnel "stormed" the beaches of Darwin Australia in a fun competition which involved a running race around some of Darwin's central tourist beaches with the delighted locals - Darwinites - looking on and cheering.  If you look carefully in the photo above you'll see that the Philippine sailors are so 'tough' that they can run with a crocodile on their backs.  In the photo below a Philippine sailor carries a 'crocodile catch' to victory with the national media filming the achievement.  Darwin is world famous for the largest crocodiles in the world, however, despite this, these crocodiles in the competition photos are no match for a strong and fast Filipino sailor! 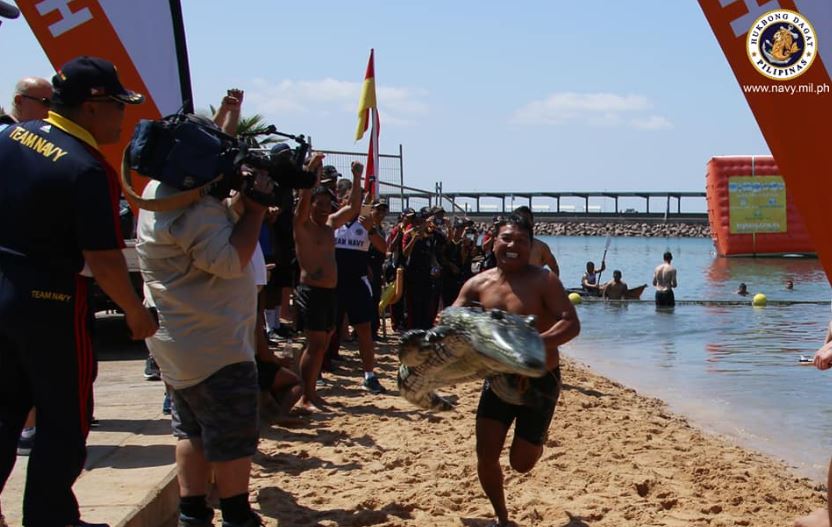