HOLD ONTO YOUR HATS FOR THIS SPECIAL
​WILD PRIZE NEWS FLASH EMBASSY ANNOUNCEMENT ...
"WIN A TRIP TO THE WORLD'S BEST ISLAND" by Snapping a Selfie at the Philippine Embassy Booth of the Australian
​National Multicultural Festival (Saturday, 18th February 2017). 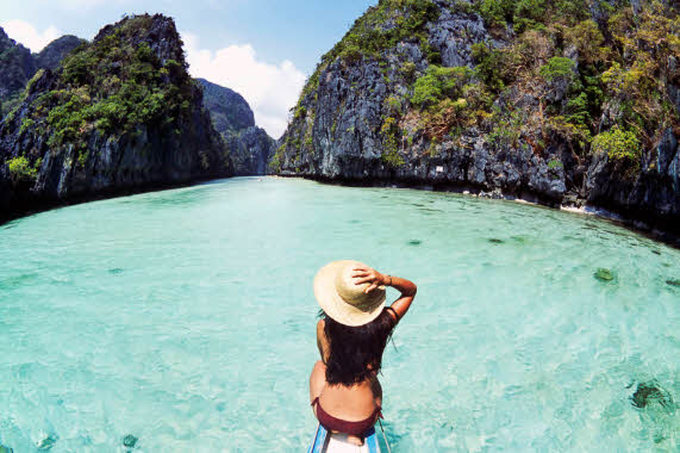 ​Photo above: A normal day in paradise at Palawan Island in the Philippines.
Photo above left: Coral World Park Underwater Resort Hotel.  Photo above right: Diving on the coral reefs of Palawan. 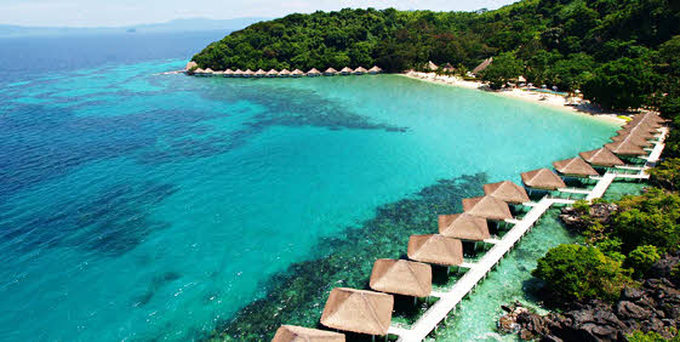 To RFA's wide and mobile audience around Canberra, the nation of Australia and the world, be sure to visit the Philippine Embassy of Australia booth for your chance to win a roundtrip from Sydney to Palawan, Philippines.

RFA is pleased to announce and promote a special embassy prize on offer, as detailed in an official communique received from the Philippine Ambassador of Australia, Her Excellency, Minda Calaguian-Cruz, .

The Ambassador wrote:
Map Above: The Philippine Embassy Booth will be located in the ASEAN (Association of Southeast Asian Nations) Village area of the festival.  STALL/BOOTH C10-11.
Saturday 18th February 2017. From 11am. 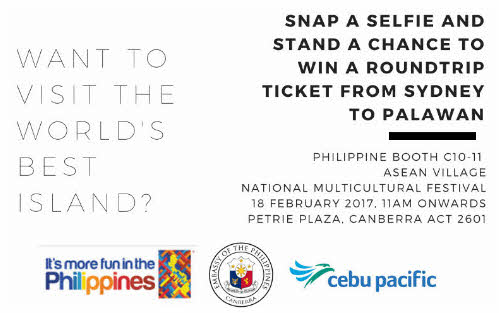 See Palawan before it becomes ever more popular, as it continues to become so every year!

The National Multicultural Festival of Australia, held in February each year in the Australian Capital Territory invites people from all around the nation and the world to witness and take part in three days of celebrations which takes over the business district of Canberra from Friday 17th February to Sunday 19th February 2017.

Come and join in at the National Multicultural Festival of Australia.  Take your friends, family, hats and camera phones for selfies at the Philippine Embassy Booth on Saturday and you may end up in Palawan! 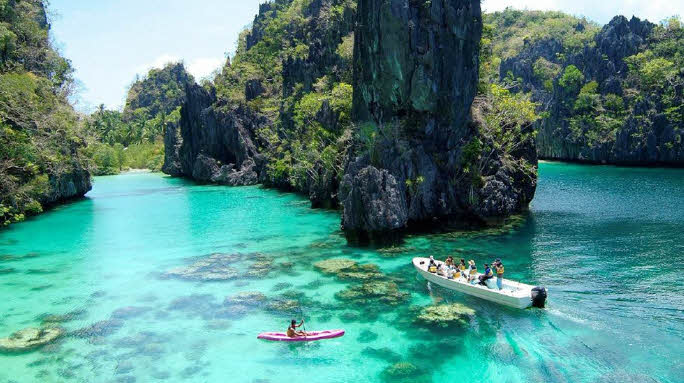