The handy light weight of these satellites means that they can be launched into space far cheaper than the much heavier conventional satellites. Consequently, there can be more of them with a greater level of redundancy available if some nanosatellites are not working or feeling too well.

The final frontier called space, is starting to become more commercially democratised, because previously, satellites as big as two large SUV cars which have been launched into space have been the domain of government and large global enterprises.  Just punching that sort of weight out of earth's atmosphere really is a big deal and big dollars.

Consequently, when it comes to "nanos" in space, smaller is better, particularly in regard to launch costs. Maybe, if one was to let their imagination run free a little, it's possible astronauts could pack these into their pockets and throw them into orbit like a good baseball pitcher.

Users of nanosatellite services will now be able to better avail of excellent- priced services with universal coverage.

Other nanosatellites are being used for different military and civilian purposes. However, in this telecommunications-orbital-mosquito business space, this type of nano technology, such as the one being offered by SAS, will have a very noticeable impact on remotely located global citizens whether they be in the deserts of Australia, the jungles of the Philippines, the frozen poles, or the world's oceans.
Photos above: Nano satellite services for subscribers could soon be coming to a remote rainforest or beach near you. 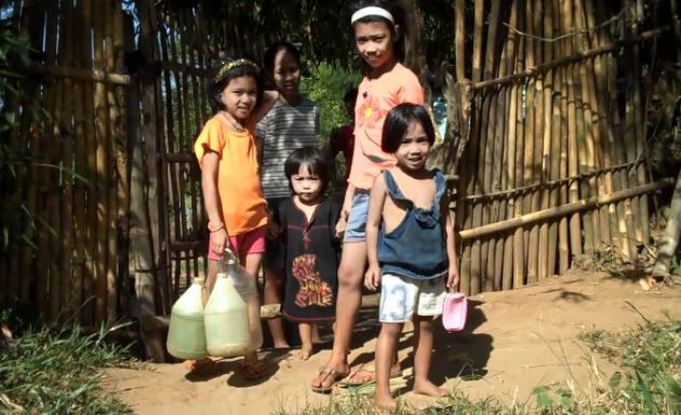 Photo: A mountain village family in the Philippines who could benefit from reliable and cheap communications services that could improve village businesses and distance education services.

This could also be of use to aid and poverty alleviation agencies, such as in the Philippines who may be able to strike up subscription deals with nanosatellite providers to further help bring their those of limited means into the world of technology, which could also have good educational and social enterprise business spin-offs.

It can give global citizens who are subscribed to the cheap and reliable service a warm buzz by making them feel a greater part of the global borderless communications village we call Earth.
Radyo Filipino Australia