The future of technology and its impact on the environment continues to look brighter.  Who wants to look on the "Dark Side" of technology when there is so much on offer for the "Bright Side"? 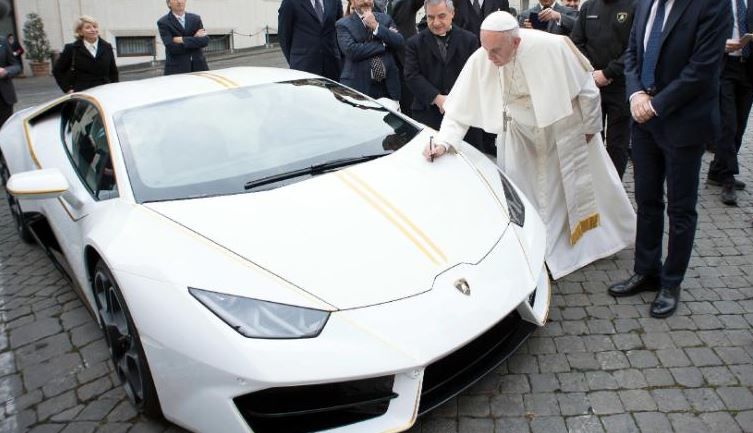 Photo [CNN, 16th November 2017]: Pope Francis, inspecting a Lamborghini which was gifted to him by the Lamborghini Motor Company.  The Pope immediately put the car up for auction with the proceeds to go to charity, despite looking so cool and colour coordinated with this legendary car.

The release of the prototype Lamborghini Terzo Millennio has the world sitting up and paying attention.  Not only does it look as good or better than any car depicted in a James Bond or science fiction movie, this car's skin/body is alive.

The hills of Mehlweg meadows of Salzburg in Marktschellenberg, Germany are alive with "The Sound of Music" - made famous by the movie of the same name - and in addition to this the relatively nearby Lamborghini manufacturing company further to the south of the European Alps in Italy is helping keep the hills and environment alive with the purring sound of its own new car which can generate environmentally friendly energy with little pollution. Lamborghini is working on developing a new carbon-fiber body shell for the Terzo Millennio that will be able to store electrical energy. For self-generating energy, these body panels will use electricity-storing carbon nanotubes sandwiched between two laminates of carbon fiber.

The Lamborghini motor company said:
The technological goal of the Terzo Millennio project is to enable Lamborghini to address the future of the super sports car in five different dimensions. These are: The Composite Manufacturing Magazine reported on the 13th November 2017:

Humanity is on the cusp of major new technological revolutions in the early 21st century with one of its strategic objectives to make industrial products far more environmentally friendly. Many global auto companies will be watching this project of Lamborghini closely as a new environmentally friendly car industry bursts into life with new buds of promise.
Radyo Filipino Australia