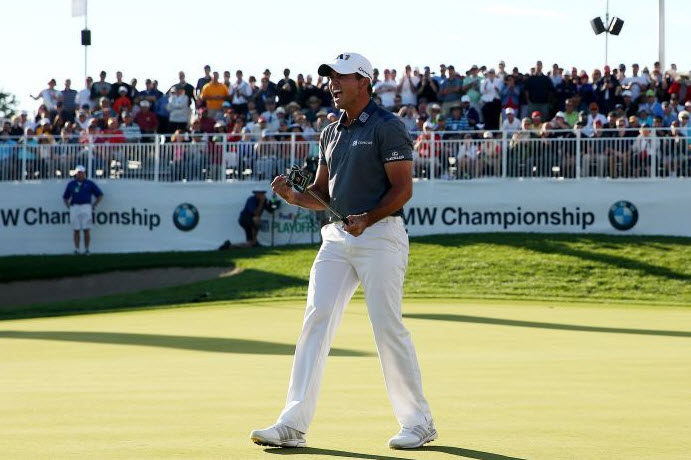 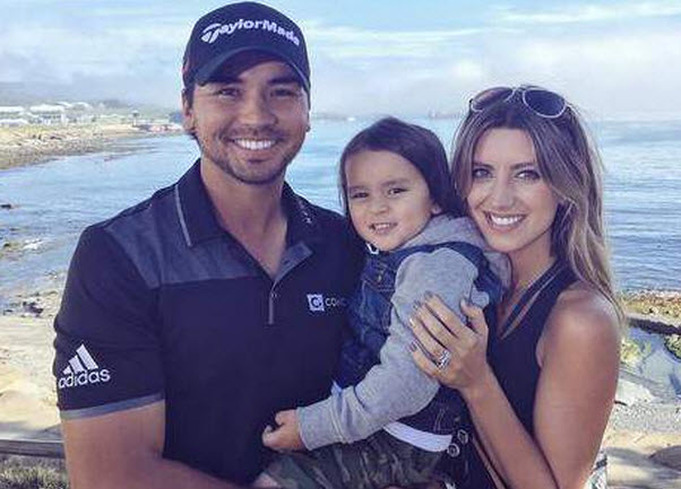 Photo: New Global Golfing Royalty - Jason Day, Dash Day and Ellie Day.
Jason's father, Alvin Day, signed Jason up as a golf club member when he was just 6 years old. Alvin passed away when Jason was 12 years.  Jason's mother, Dening Day, saw his talent and with limited resources she sacrificed all she could for her beloved son who was in his own admission a troubled teenager. Dening sold her house to ensure he continued his golfing by enrolling him in a prestigious International School with a golfing academy.

In 2013 Jason Day's family faced major tragedy as the world's largest storm ever to cross land, Typhoon Haiyan (also known as Typhoon Yolanda in the Philippines) passed directly over the city of Tacloban in the central Philippines. Jason lost eight relatives including his grandmother, Adelaida.
Photo above left : Jason Day's sister, Kim with his grandmother, Adelaida, before the typhoon which destroyed the city of Tacloban and killed his grandmother along with 7 other relatives.
Photo above right: The destructive aftermath of the world's biggest storm to ever cross land in Tacloban City, central Philippines.
Jason has also been short-listed for Sport Australia Hall of Fame's Don Award. Sir Donald "Don" Bradman was one of Australia's greatest sporting legends, who is also known as one of the best cricket players the world has ever seen. "The Don" also came from humble beginnings whilst demonstrating great spirit. The award includes demonstrating the finer values and spirit of a good sports person. It's based on Bradman’s declaration that qualities such as dignity, integrity, courage and modesty are compatible with pride, ambition and competitiveness.  Jason Day's performance on and off the golf course demonstrates his ability to combine all of these qualities. This makes Jason a great role model for Australians, Filipinos and people all around the world.
Radyo Filipino Australia