Fashion Parade at the Canberra Hyatt Ballroom, Filipino Style!
The Embassy Organised a Spectacular Celebration of
Filipino Culture and Traditional Woven Costume
on and off the Catwalk ​for Independence Celebrations called
"Habol Ilonggo: A Heritage of Traditional Weaving" (June 2017)
With permission from RFA, this story has been republished in full by the Philtimes in Melbourne: www.philtimes.com.au
(The highly respected and well-read Philippine Times print edition is the longest-serving Filipino newspaper in Australia) 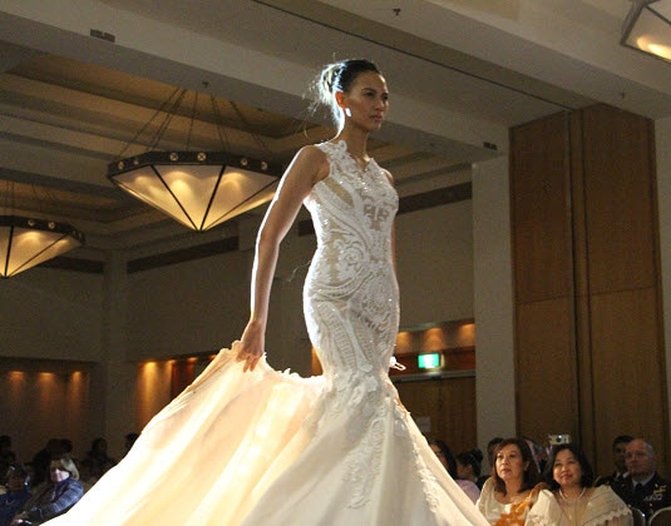 ​​The catwalk in the Federation Ballroom of the Canberra Hyatt, considered by many as Canberra's premier hotel, next to Capital Hill, was running hot on Monday evening 19th June, with national and international models showcasing the best of Philippine traditional and modern fashion made from Philippine handloomed textiles. 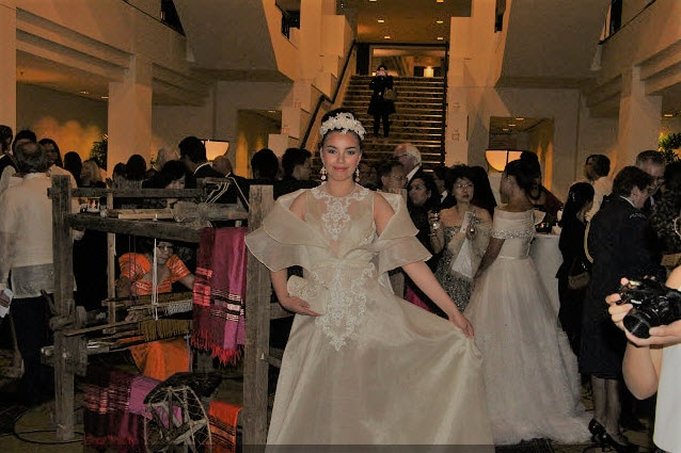 There was even a textile loom demonstration in the foyer area next to the ballroom before the big event [photo above].

Dignitaries, such as Australian senators, embassy officials and their uniformed military attaches from around the world, high level Foreign Affairs and Trade officials, the Papal Ambassador to Australia, a senior executive official from Philippine Airlines and many other distinguished guests, were warmly welcomed near the entrance by a line up of the Philippine Ambassador to Australia, Minda Calaguian-Cruz and her husband, along with other senior officials of the Philippine Embassy. 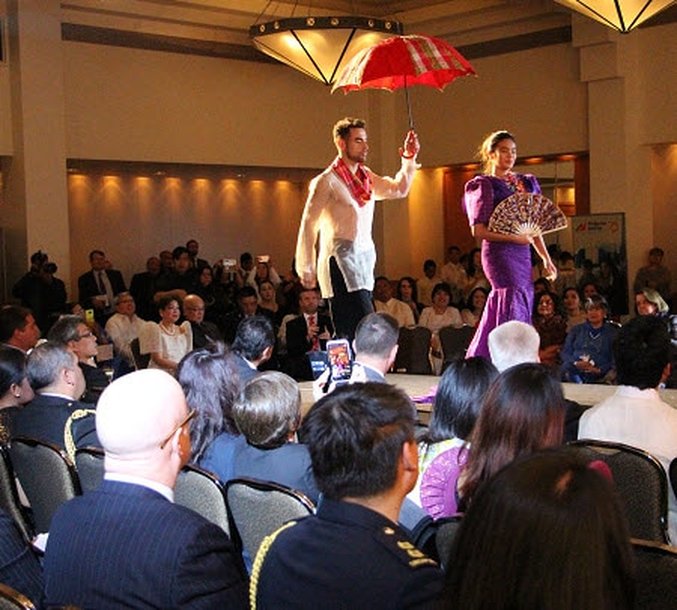 The lady models were stunning and the guys were gorgeous in their traditional clothing which they strutted in the Federation Ballroom as they wove their way with fashionable style down the catwalk.
​
The crowd stayed entertained and enthralled throughout the fashion parade as the models showed a great variety of costumes unique to the Philippines. 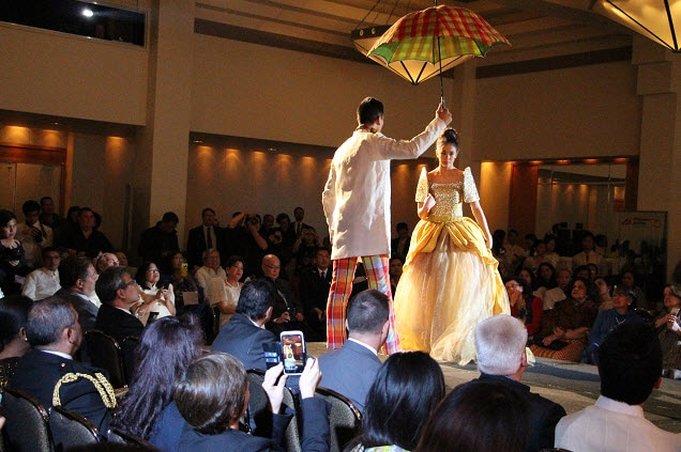 The parade brought together contemporary fashion design from the Philippines and traditional Filipino hand-loomed textiles, including piña, jusi, patadyong, polyabaca, abaca and hablon. 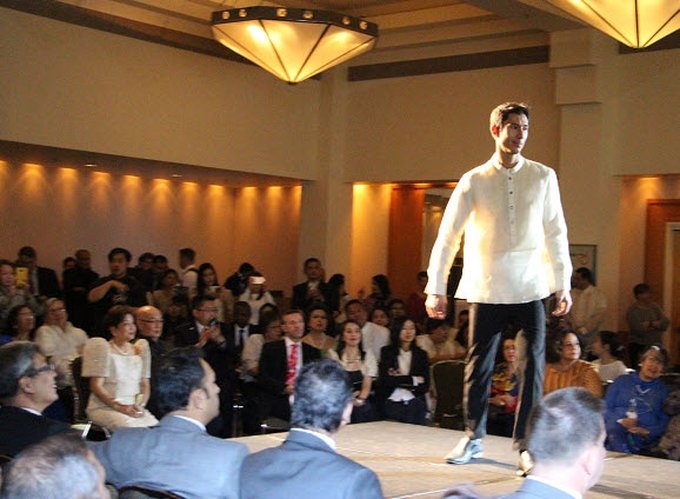 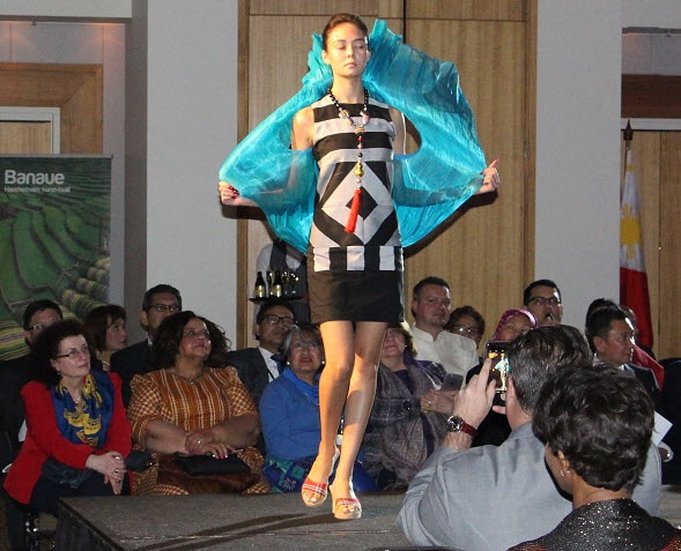 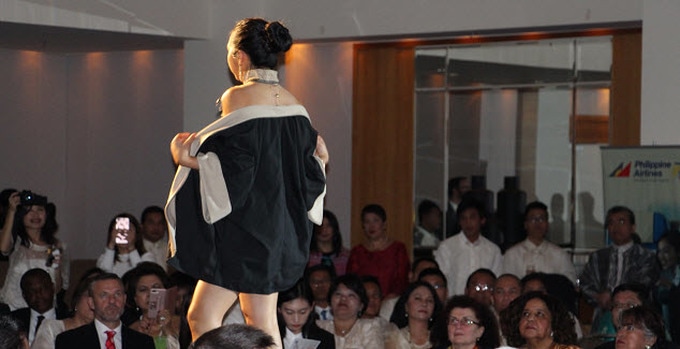 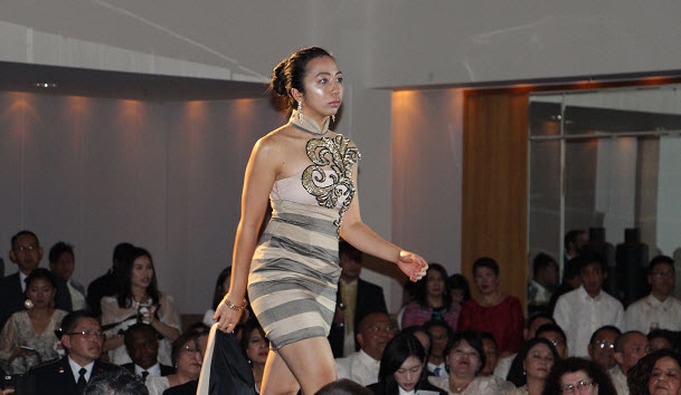 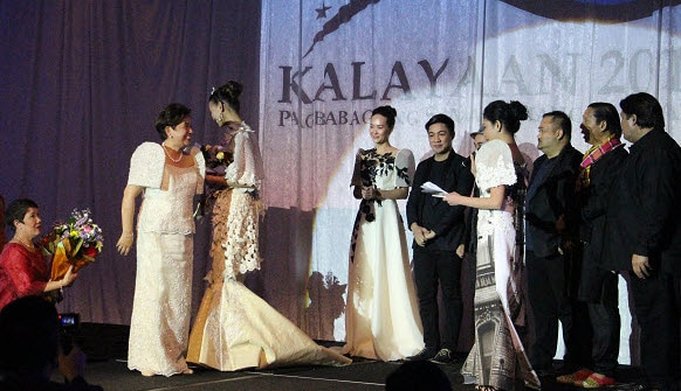