​#172 RFA Interview:
​Dr Jacq Romero,
Quantum Scientist from University of the Philippines (UP)
Who Worked at University of Glasgow (UG)
and Now Working at University of Queensland (UQ)
​Wins Science Award by L'Orèal and United Nations (UN)
(February 2018)

famous physicist Max Planck defined it in a presentation to the German Physical Society,  which led to the system of Planck units used in quantum physics, as well as being included in the International System of Units (SI) today, such as the Planck length, constant and time. Planck's work in this area won him a Nobel prize.

Just a few years later, fellow Nobel prize winner Albert Einstein, a German-born theoretical physicist published his Special Theory of Relativity (STR) in 1905, and followed it up with his even more famous General Theory of Relativity (GTR) in 1915, considered one of the towering achievements of the 20th century. In 1905, Einstein, with the benefit of Max Planck's work, also defined the law of the photoelectric effect. He described light as composed of discrete quanta, rather than continuous waves, which was a pivotal step in the evolution of quantum theory.

Dr Romero is a proud mother-of-three, and is equally as proud to be able to maintain an entangled family and quantum physics work life balance. She has always been interested by science and her research lies within the spooky scientific area of "entanglement" – that information is shared between particles regardless of how far apart they are. In fact, entanglement within physics made Einstein feel so uncomfortable that he famously called it "Spooky action at a distance."

For one of the world's greatest scientists to use the word "spooky" within physics, is, well, indeed quite spooky in itself. Entanglement could also be referred to as quantum teleportation, which may raise images in the minds of some wishful thinking and science fiction fans of a teleportation machine used in the Hollywood blockbuster Star Trek television series and movies.
​​Dr Romero's work is important to being able to help navigate the fast-evolving world of quantum physics which has so many practical applications in our world today and it's fabulous that a female Filipino physicist working in Australia is able to make her own significant contributions to this tiny quantum scientifically esoteric and spooky world which has giant implications for human civilisation. 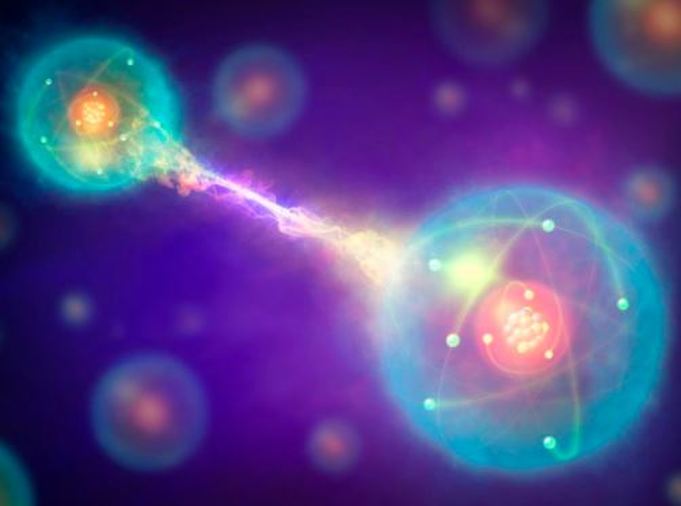 Photo: The Quantum physics and applied computing world is a whole new world of discovery.  Leah Salonga, considered by many as the Philippines' most famous international singing star, became very popular, among many other achievements, for being an original artist to sing "A Whole New World" for the movie "Aladin", which won an academy award for Best Original Song.  One verse from this is: "A whole new world. A new fantastic point of view. No one to tell us no. Or where to go. Or say we're only dreaming." These "Whole New World" lyrics have good application for quantum theoretical and applied physics today.
Radyo Filipino Australia