Gen. Rolly Bautista talks about liberating Marawi from terrorism to bring peace, freedom and unity to the region with the support of local Muslim groups. He also warmly praises Australia as a good friend of the Philippines for its technical intelligence assistance.

Gen. Bautista points out that this is not a religious conflict and that the majority of Islamic groups in Marawi supported the job that the Philippine military did.  In fact they were very grateful to the AFP for restoring their peace and freeing them from the grip of terrorism. Many significant local Islamic groups in Marawi declared a fatwa against the terrorists and did not provide them any assistance. Thus, the Philippine army won their hearts and minds in its patriotic mission to liberate the city.  Gen. Bautista explained that one of the reasons that the war dragged on longer than it could have was because the AFP was determined not to destroy mosques which the terrorists were using as their headquarters and logistical bases of operation. He also states that the terrorists seriously underestimated the strong resolve of the AFP to liberate the city.

Now that the AFP has won the battle of Marawi, Gen. Bautista talks about how the Philippines will help Marawi rebuild a new modern city centre.
​During the RFA interview Gen. Bautista outlined the details of the Marawi operation, and also made special mention of the Australian government's help, particularly in regard to technology and intelligence which he described as a "game changer".  ​

Gen. Bautista is very grateful to Australia for this assistance as Australia and the Philippines continue to develop closer ties and friendship in the fight against the global terrorist scourge that affects all countries in different ways. 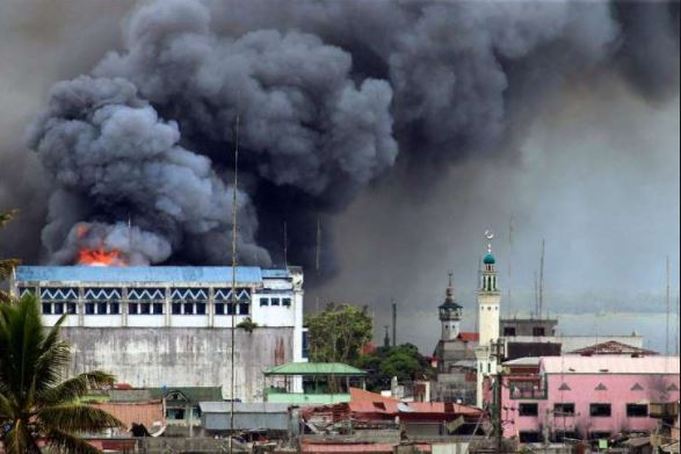 Photo above: Smoke billowing from downtown Marawi City during one of the intense battles between the Philippine military and terrorists who were both foreign ISIS fighters and local ISIS-inspired. 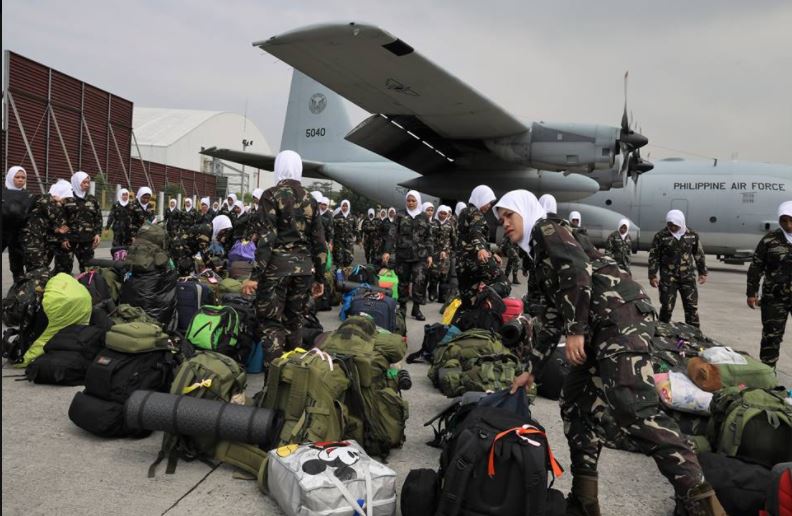 Photo above: A high speed military patrol boat on Lake Lanao, Marawi City, where the Maranao people live, which means "People of the Lake". This is one of the greatest, most beautiful and ancient inland lakes in the Philippines.

Photo below: Philippine troops patrolling the streets of Marawi City during the liberation battle. 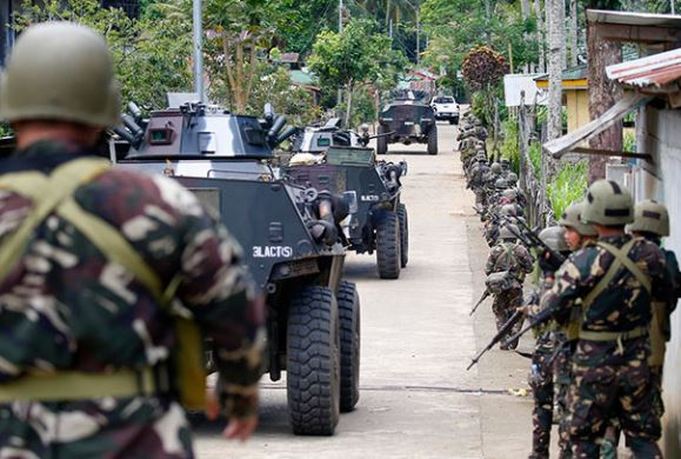 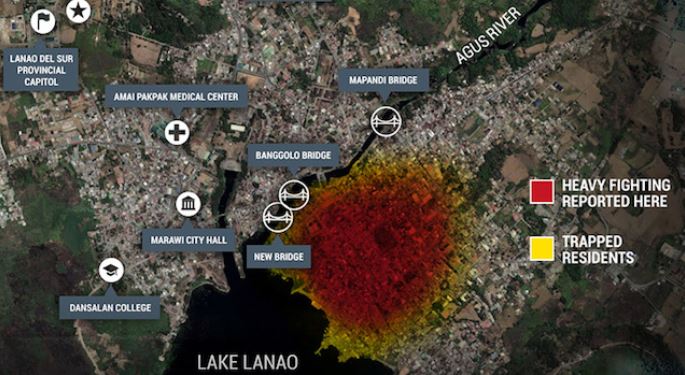 Photo above: Map of Marawi City showing the main areas of fighting.

Photo below: Destruction in Marawi with a sign on the shoreline pointing towards the city, and reading in reverse from the lake saying "I love Marawi". 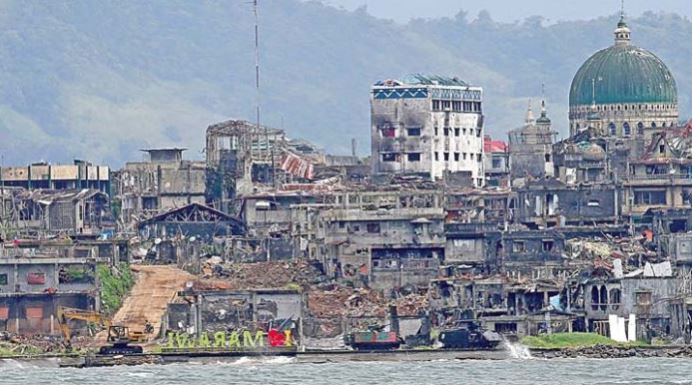 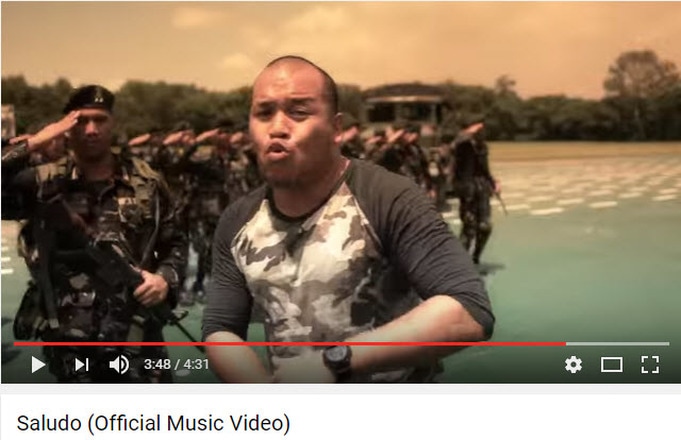 Bridge
Sabi daw walang pagasa pero tinapos- They say, there is no hope, but you got there
Sabi daw imposible pero di pa rin natakot- They say it’s impossible but you were undeterred
Sabi nila mahirap pero nag pursige- They say, it’s hard but you persevered
Kaya ngayon lahat sila sige lang sige- So now, all of them just say, go, go on
Nung lahat umurong, siya sumugod- When everyone backed out, you forged through
Nung lahat lumubog, siya ‘di nalunod- When everyone drowned, you didn’t
Natutong maglakad sa tubig pananampalataya- You learned how to walk the water of faith
Diyos ang kanyang agimat kaya walang hindi kaya- God is your amulet, thus, there’s nothing you can’t do
Saludo- Salute
Paglaki ko gusto ko maging katulad mo- When I grow up, I want to be like you
Saludo- Salute
Maipagmamalaki sa buong mundo- I can be proud in the whole world
Saludo- Salute
Ikaw ang dahilan kung bat hindi ako susuko- You’re the reason I don’t surrender
Saludo- Salute
Taus pusong pasasalamat, isa kang alamat- A heartfelt thank you, You're a legend
Radyo Filipino Australia